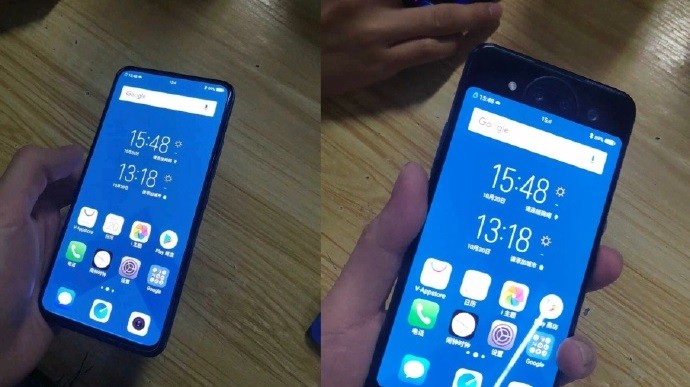 Vivo was the first company to employ a nearly bezel-less display on a smartphone by moving the front-facing camera into a pop-up module that slides up from the top of the phone with its Vivo NEX handsets. Since then, others have implemented similar mechanisms on their phones, but Nubia decided to stand out by including a secondary display on the back of the Nubia X, allowing users to take selfies with the rear-facing camera instead.

Now, Vivo seems to be following the footsteps of its competitor by doing something similar with an upcoming phone in the NEX series. A user on Chinese social network has posted pictures of the device, showcasing both the front and rear displays.

According to the user, the phone will still be powered by the Snapdragon 845, and it'll offer a 6.4-inch Full HD+ display on the front. The rear display will be similar to the 720p panel on the Nubia X, but the screen-to-body ratio will apparently be slightly higher. Fast charging is also on board, going up to 22.5W.

There's no sort of official confirmation on this report, but it should be a fairly interesting device if it turns out to be true, even if it's not as unique as the original Vivo NEX.