A couple of weeks ago, Nokia invited us, along with other esteemed tech news outlets, to "see what’s next" at an event that it will be hosting in London on May 14. As is typical of such invitations, the company was careful not to reveal any details about what it has lined up for the event, telling us only that "the Nokia Lumia story continues". 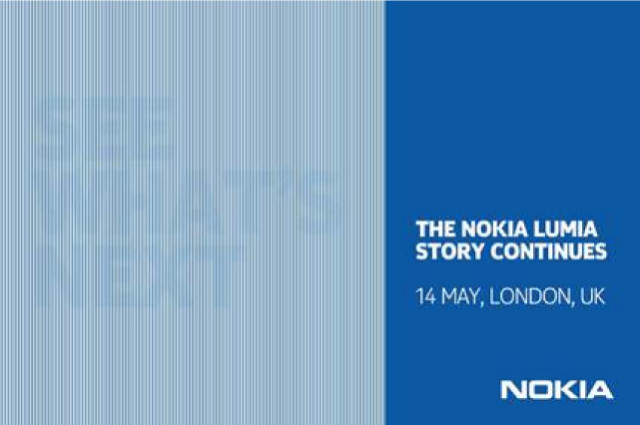 Looking ahead to that event, Vodafone UK has confirmed that it "will be stocking the next chapter in the Lumia story", adding that it will be present at the event, presumably indicating that the carrier will also be taking part in the announcement and presentation.

Despite Vodafone saying that its "lips are firmly sealed ahead of the launch", the network operator referred to the launch by saying that "there’s something big, bold and beautiful coming just around the corner". Not exactly letting the cat out of the bag, but what’s also interesting is that Vodafone twice refers to a single new product being launched at the event.

Vodafone already offers the Lumia 920, 820, 620 and 520, and says that it "can’t wait to bring any new members of the Lumia family into the fold", implying that the carrier remains firmly committed to Nokia’s range of Windows Phones. Vodafone adds that it will be "among the first UK networks to offer Nokia’s new darling"; that would appear to suggest that it won’t exclusively offer the handset at launch.

Neowin will be bringing you full coverage from the Nokia Lumia event on May 14, which kicks off at the following times: