Black Friday 2012 is close at hand in the US, but the day that is usually supposed to be the biggest shopping day of the year has managed to spill out well before Friday comes about. Some websites launch their "Black Friday" deals days in advance, and even a number of retail stores are opening up at 8 pm on Thursday (yes, when we should be eating lots of turkey) to help people get the best price cuts.

However you may personally feel about Black Friday, the truth is that there are some good deals that you can find on both technology products and software. We found just a tiny fraction of deals that you can either get right now, or later on Black Friday. We even have one that will happen on the so-called "Cyber Monday".

"Free" Symantec Norton Internet Security 2013 - Yes, you do have to purchase this software from Newegg.com for $55 up front, but later you get a rebate card worth that same amount. In other words, it's free. 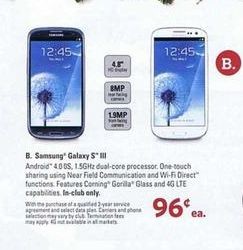 Samsung Galaxy S III - There are a lot of places this year where you can pick up Samsung's popular Galaxy S III smartphone for a reduced price for Black Friday, but according to BFAds.net, the place with the cheapest version will be Sam's Club, which will sell the smartphone for a mere 96 cents with a new two year contract. Of course, this is an in-store deal only and you have to be a Sam's Club member to even buy anything in the store..but still...96 cents.

Nook Simple Touch - If you go to a Barnes and Noble store on Black Friday, you can get a Nook Simple Touch eReader for just $59, a $40 price cut. That price comes with an AC power adapter which would normally add another $10 on top of the price. 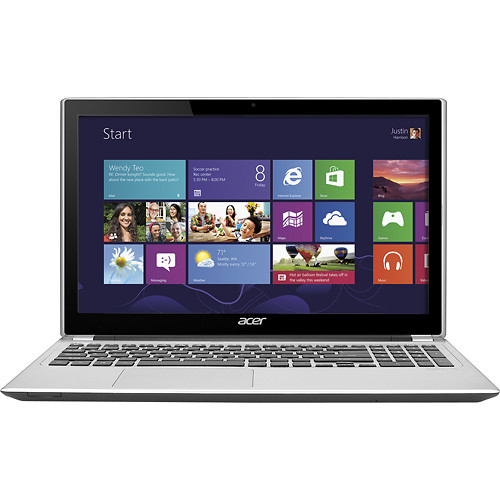 Acer Aspire 15.6 inch Touch Screen Windows 8 Laptop - Normally this laptop would sell for $849, thanks in part to its touch screen hardware. However, for Black Friday, Best Buy stores will sell this notebook with an Intel i3 Core processor, 4 GB of RAM and a 500 GB hard drive for just $529.

Acer Iconia W510 tablet  - This just launched Windows 8 tablet normally sells for $499, but Microsoft has announced that for Cyber Monday, its Microsoft Store site will sell the tablet for just $399.

There are a ton of other great deals that we didn't mention, including Black Friday sales at Microsoft Store locations and a bunch of Xbox 360 game and console deals. Our recommendation is to head over to BFAds.net, where you can find pretty much every Black Friday deal there is, and the site is constantly updated with last minute deals.

Friday image via Shutterstock | Other images via Sam's Club, Acer and Barnes and Noble