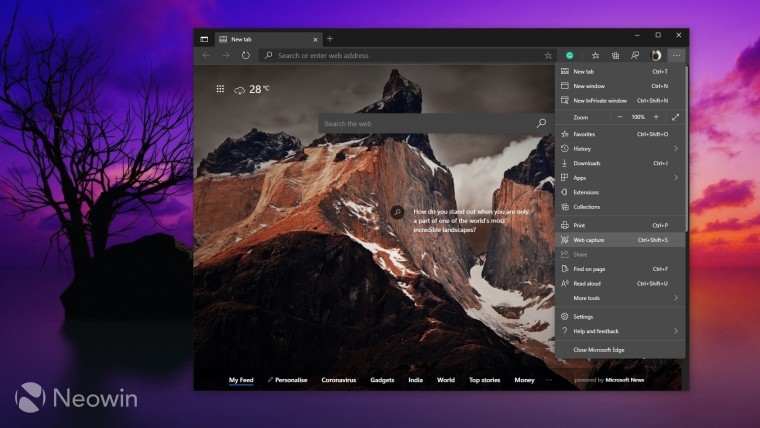 Even in the latest stable build of Microsoft Edge web browser, the Web capture button and the option in the ellipsis menu remain grayed out when a tab is displaying a PDF file. However, this behavior has changed in the latest Canary or experimental build of the Chromium-based web browser. Although the tool doesn’t work flawlessly, the fact that Microsoft is allowing this is a strong indicator of the feature being available for PDFs.

Web Capture is a powerful tool that surpassed the Web Notes tool. It works across the Internet. Even Mozilla Firefox has long had one. The feature allows quickly capturing screenshots to copy or share. Web Capture can also mark up full web pages with scrolling, just like in Android. Microsoft has previously indicated that it is actively developing additional functionality such as adding ink or highlights to the captures, capturing full webpages, and scrolling while marking them.

All these practical and useful features allowed Internet users to quickly capture screenshots of selective areas, add remarks and share them easily over multiple web-based platforms, including office collaboration tools.

It appears Microsoft is now gradually allowing the Web Capture tool to be used while viewing a PDF file. The company chose to disable the feature when the Edge web browser was displaying a PDF file. The Redditor who first discovered the tool’s applicability in PDF files has indicated that the tool is very experimental in nature. In other words, Microsoft is working on the feature. However, as the feature has appeared in the Canary build, it should make it into the stable build of the web browser eventually.