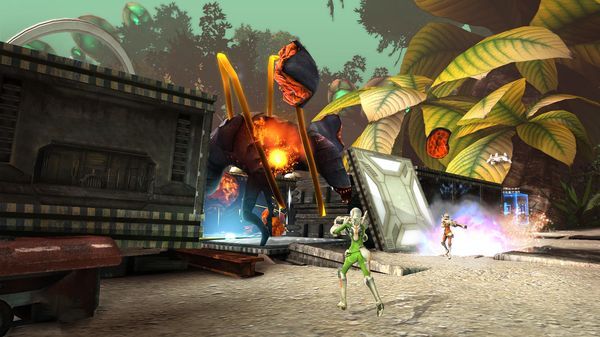 The weekend has now arrived and with it comes a number of new temporary price cuts for a bunch of downloadable PC game titles. This week, folks at Steam can check out the full version of the indie FPS-tower defense game Sanctum for free until 4 pm ET on Sunday. The game is on sale for 75 percent off this weekend as well.

Steam also has seven games from publisher Focus Interactive on sale this weekend, including two games based on Game of Thrones and Blood Bowl Legendary Edition, for between 25 and 75 percent off. You can also get all seven games in one bundle for $49.99.

GoG.com has a ton of Ubisoft published games on sale, 36 in all, for 60 percent off their already low price. It also has a cool "pay what you want deal" for the Divinity Anthology. You can pay whatever you want to get Divine Divinity, or pay above the average to get that game plus Beyond Divinity. Finally, if you pay more than the current "top supporter" level, you get both games plus the upcoming Divinity II Director's Cut.

GameStop has a number of PC games on sale this weekend, and GamersGate has a bunch of EA published games on sale for up to 75 percent off.