An absolutely massive bundle has come through from Humble. The new Stand with Ukraine collection is offering 40 pieces of content from companies all over, from dozens of games and books to software.

To get all the items in the bundle it costs $40, though it is possible to pay a higher amount. 100% of the proceeds are dedicated to victims and refugees from Ukraine. This is only a seven-day bundle, so there's not much time remaining if you're interested in picking it up.

Epic Games Store's latest freebie is for horror fans. Replacing the Paradox city builder from last week arrived a copy of In Sound Mind as a giveaway this time.

Launched last year, In Sound Mind is a psychological horror game developed by We Create Stuff. As expected by the title, the game explores a twisted mind for its thrills, and touts unique boss fights and puzzles, as well as original music by The Living Tombstone.

The latest game in the giveaway slot will stay put until March 24, which is when Demon's Tilt will return as a freebie. 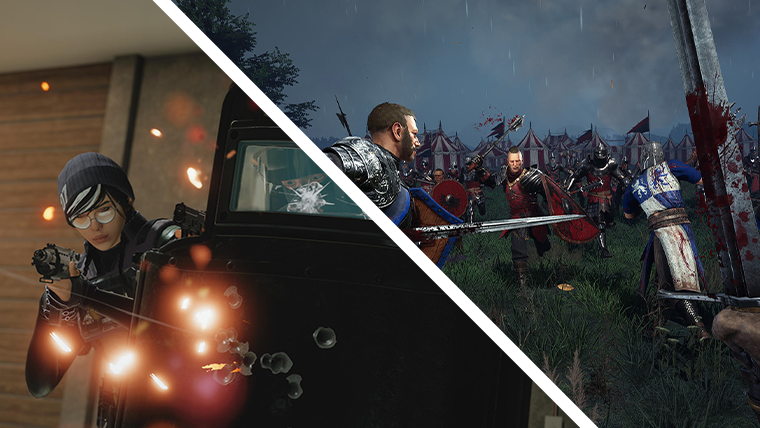 Heading into the free events for this weekend, the popular tactical multiplayer game Rainbow Six Siege is having another one of its free week promotions. You can jump in and try the full base game and its specialized operators until March 24. You'll need the Ubisoft Connect launcher for this.

Multiplayer fans don't have to stop there, as Chivalry 2 has also begun a free weekend of its own. The over-the-top medieval fighting game for free through March 21. This one is on the Epic Games Store.

The Electronic Arts and Square Enix publisher sales as well as a handy JRPG sale on Steam are spicing things up this weekend. Find highlights from those and more in our big deals list below:

It's hack and slash games that are mostly populating the DRM-free deals this weekend. See highlights from what's on offer below: