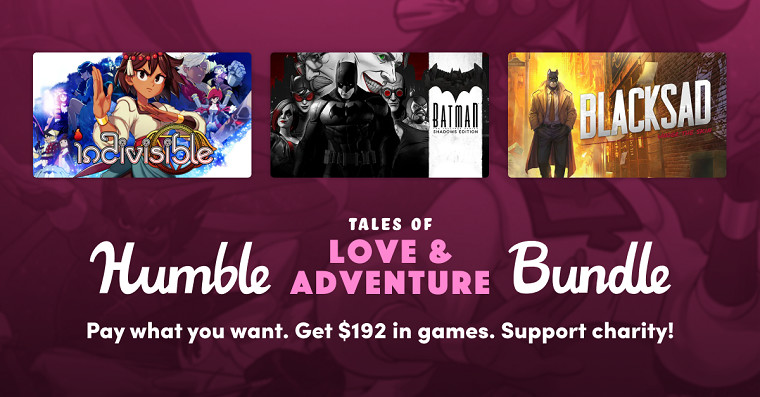 Humble is out in full force this weekend with several gaming bundles surfacing. The new Humble Tales of Love & Adventure Bundle is what we are starting with, a four-tiered, seven-item collection.

Picking up the $1 tier lets you claim Tales of Monkey Island Complete Pack, followed by Telltale Batman Shadows Edition, Reventure, Neo Cab, and Half Past Fate in the average price tier, which is currently around $8.30. The $12 third tier adds on HIVESWAP: Act 2 and Blacksad: Under the Skin, while putting down $15 tops up the bundle with a copy of Indivisble.

Next up is the Humble Stardock Wayfarers Bundle, and it offers Sins of a Solar Empire: Rebellion and Fallen Enchantress: Legendary Heroes in its $1 starting tier. Bumping up to the current average price (around $8.60) adds three more games to the pile, them being Siege of Centauri, Ashes of the Singularity: Escalation, and The Political Machine 2020. Lastly, Star Control: Origins Galactic Edition, Offworld Trading Company as well as its Jupiter's Forge and Limited Supply DLC packs arrive with the $12 tier.

The store did not stop there, as a build-your-own-bundle promotion is also now active for quite a few Paradox Interactive games and expansions. Games you can grab include Surviving Mars, Age of Wonders Planetfall, Cities: Skylines, Battletech, Shadowrun Trilogy, Imperator Rome, and much more. The overall discount goes up the more games you add to the cart. Don't forget that last weeks' BundleFest promotions from Fanatical are still online too. 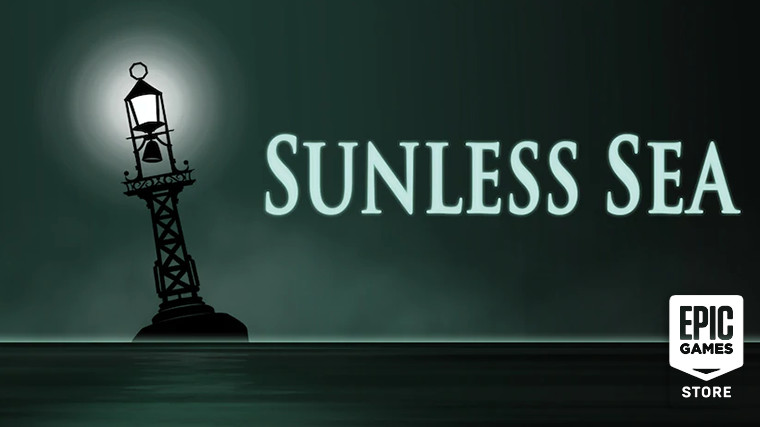 The freebie slot of the Epic Games Store was refreshed right on schedule, and to replace Absolute Drift and Rage 2 arrived Sunless Sea.

This is a top-down survival RPG with a focus on storytelling and exploration where you are in control of a steamship journeying across a dangerous and vast underground ocean. Alongside combatting sea monsters, you get to make vital decisions in your travels to progress the story.

You may add Sunless Sea to your Epic Games Store library for free until March 4, and coming in as the next freebie on that same date is the RTS title Wargame: Red Dragon. 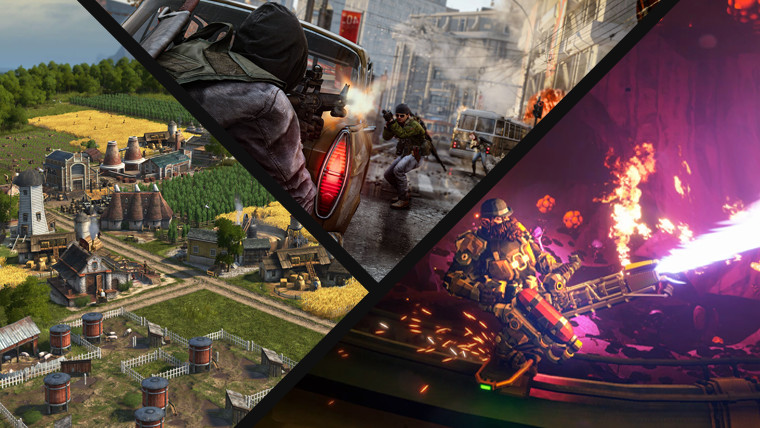 Quite a number of games from a variety of genres have begun free events this weekend, letting you try out the full experience for a few days.

Starting off, Call of Duty: Black Ops Cold War's multiplayer and the new Outbreak zombie mode are free to try out until March 4 via the Blizzard Battle.net app. Meanwhile, Ubisoft is hosting a free weekend for its popular city builder Anno 1800 via its Connect (Uplay) client.

Deep Rock Galactic and Dying Light have also received free events on Steam. The former is a cooperative action game involving dwarves that mine deep into planets in search of riches, while the latter is an open-world zombie experience with a story campaign, parkour movement, and co-op play.

The free-to-play train this weekend also welcomes the extreme downhill cycling game Descenders, the digital board games Through the Ages and Galaxy Trucker: Extended Edition, as well as the cooperative guessing card game Similo.

DRM-less game deals are here in force this weekend too, and GOG's latest specials are focused on adventures you can tackle in just one day. Find the latest highlights below, :

And that is it for our pick of this weekend's PC game deals folks, and hopefully, some of you have enough self-restraint to not add even more games to your growing backlogs. Of course, there is an enormous amount of other deals waiting all over the internet if you comb through it hard enough, so keep your eyes open for those, and have a wonderful weekend.