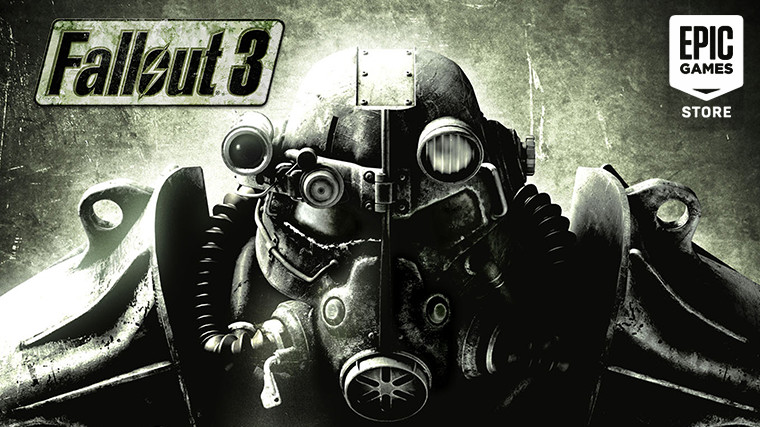 Epic Games Store's weekly freebie session this time included Fallout 3: Game of the Year Edition as part of the RPG series' 25-year birthday celebration. As with other giveaways of mature games on the platform, Epic also included Evoland Legendary Edition in this promotion.

Fallout 3 tells the tale of the Lone Wanderer, a survivor emerging into the post-apocalyptic ruins of Washington, D.C from an underground vault in search of their father. The hit RPG was released in 2008 and began the series' 3D and real-time combat entries. As for Evoland, this pack includes the first and second games in the indie RPG series, where the art and combat styles progress alongside the game's timeline.

You can grab your copies of Fallout 3: Game of the Year Edition (which includes all expansions) and Evoland Legendary Edition from the Epic Games Store until October 27. Coming next are copies of Saturnalia and Warhammer 40,000: Mechanicus.

The latest bundle from Humble turned out to be another collection that hosts a base game and a bunch of DLC. Moreover, the bundle provides each tier as its own separate Steam redeemable key, so you don't have to worry about claiming dozens of DLC packs one by one.

The Payday 2 Ultimate Score Bundle begins with the co-op hit Payday 2 base game for $1, and from there, the higher the tier you purchase, the more DLC content you get. The $10 second tier adds 36 add-ons, $15 third tier brings 50, and going for the complete collection has you paying $20 for 63 DLC.

If you're a fan of the World of Darkness tabletop RPGs, Humble also kicked off a bundle dedicated to games from the franchise, offering 11 items for $10.

Unless you're a driving games fan, it's not a very exciting free weekend line-up that's available this time. The one game that seems to be having a free-to-play promotion right now is F1 22, Electronic Arts and Codemasters' latest entry in the Formula 1 immersive racing series.

Everything from recent AAA hits that are half-off to indie party games are populating this weekend's big deals list we've hand-picked for you. Find the highlights below:

If it's DRM-free games you're looking for, quite a few games from detective and strategy genres have gone on sale on the GOG store too: