The two new bundles Humble introduced this week are how we are starting things off, and up first is the 10th Anniversary Day of the Devs bundle.

What's remaining is the Melee Mayhem collection. This fighting game-focused bundle touts two tiers, but the second rung only adds one extra item.

For paying $12, you receive copies of Mordhau, River City Girls, Mortal Kombat 11, Nickelodeon All-Star Brawl, Song of Iron, Chronicon, plus a couple of discount coupons. If you're going for the full package, the one additional game you receive with the second tier is Chivalry 2, and for it, you will need to pay $23. 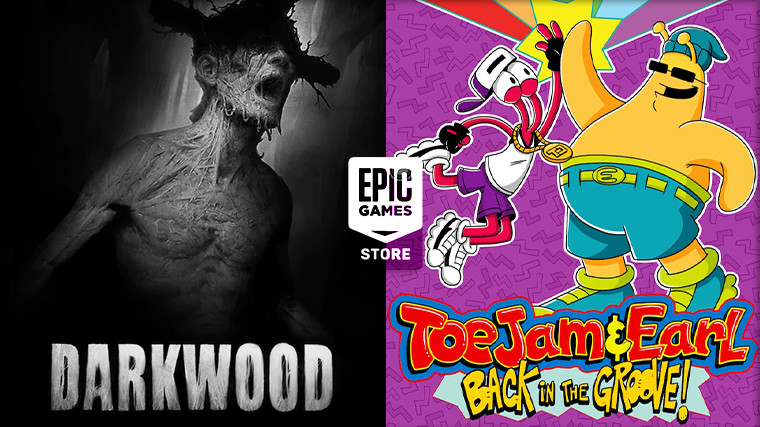 Double giveaways keep on dropping from the Epic Games Store. To replace the games from hell last week had for us, it brought Darkwood and ToeJam & Earl: Back in the Groove this week.

Darkwood changes the standard survival horror game formula by being a top-down experience. You will be exploring the randomly generated open world, hoping to return to camp before dark. Meanwhile, ToeJam & Earl entry is a rogue-like adventure that is a sequel to the 1990s classic console game of the same name. It also offers four-player co-op play.

The two freebies are yours to claim and keep if you add them to your Epic Games Store library before Thursday, October 20. Next week's giveaway is going to be a rather special one, with Fallout 3: Game of the Year Edition and Evoland Legendary Edition heading in.

Two games are currently having free weekend promotions on Steam, giving you full access to their innards, with no cost attached, until the time limit runs out.

First up is one for sports fans, with EA's Madden NFL 23 offering its solo, online, management, and Ultimate Team aspects to try out through till Monday. If city-building is more your style, then Per Aspera's free-to-play weekend may suit you better. The game tasks you with terraforming and colonizing Mars as an artificial intelligence.

While not a part of this weekend's free events, Fatshark is hosting a Warhammer 40,000: Darktide closed beta currently. If you're lucky, you might be able to get into the ongoing test by requesting access via its Steam store page.

It's a weekend filled with specials from all over the map, offering something for everyone from racing fans and cat lovers to RPG enjoyers. Here's our hand-picked highlights list:

Your dose of DRM-free deals from the GOG store this weekend includes some Devolver hits, horror specials, and more: