The year is almost at an end, and ending alongside it is Humble's current Choice bundle, which will replace its contents with a new selection of games next week. This replacement for the Monthly bundles only began this month, and here are the 10 games to choose from currently:

Choosing to pay $14.99 will get you any three of the games mentioned, while $19.99 will get you nine games. If your classic Humble Monthly subscription is still standing, however, you can get all 10 games for $12. The store will be unveiling the next collection of games on January 3. 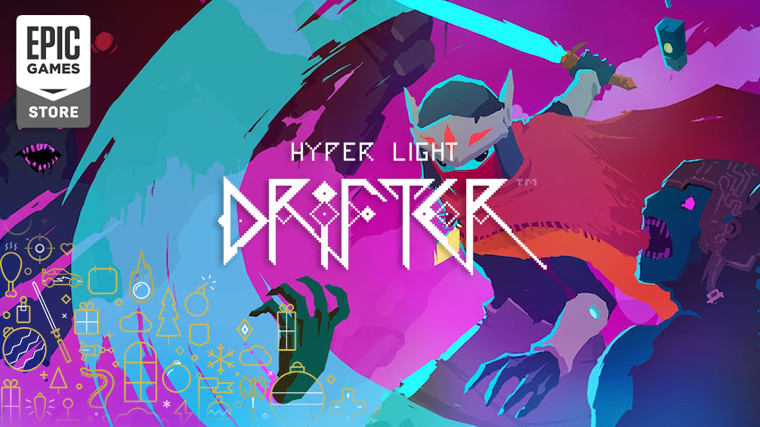 Epic Games Store is currently on the ninth day of its 12 Days of Giveaways promotion, and you can grab a copy of Hyper Light Drifter today for free.

The award-winning action RPG may already be in your Epic Games library if you caught the game as a freebie when it was last free in August. This could be the last chance you get to grab the game again for free if you missed it the previous time though, as the year-long freebie train of the store should finally be coming to an end with this event.

Hyper Light Drifter's giveaway will end later today at 11AM ET, and the teaser for the next freebie looks to be pointing towards Shadow Tactics: Blades of the Shogun.

Winter sales have not gone anywhere since last week, but we've prepared a brand new list of highlights for you to peruse down below. Moreover, many of the promotions from last week's Big Deals list are still active if you want to head back and check it out. The Epic Games $10 Coupon for games listed at $14.99 or higher is available for several more days also.

Winter DRM-free sales are going on strong as well, with the GOG store now moving into its final week of store-wide discounts. Down below is our new list of highlights for this weekend, and as usual, there's a couple of new games on the GOG Connect page to claim as well:

And that is it for our pick of this weekend's PC game deals folks, and hopefully, some of you have enough self-restraint to not add even more games to your growing backlogs this season. Of course, there is an enormous amount of more deals ready and waiting all over the internet if you comb through it hard enough, so keep your eyes open for those, and have a happy new year.