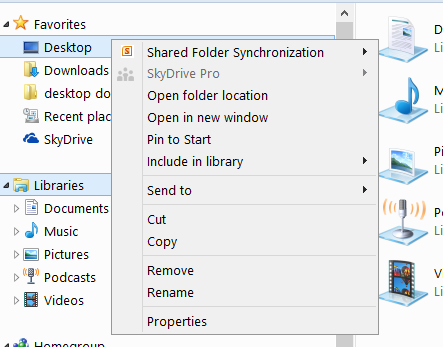 Microsoft launched a preview version of Office 2013 earlier this week. However, an option found in the office software suite is still somewhat mysterious. It's called "SkyDrive Pro" and so far Microsoft has yet to officially say anything about what this new SkyDrive version entails.

LiveSide.net reports that, according to a French "SharePoint" expert named Benoit Hamet, SkyDrive Pro is actually the new name for SharePoint Workspace, stating, " ... when you select a SharePoint library to keep available offline, the content is appearing on Windows Explorer in a Favorite place called SharePoint Libraries."

Even with that explanation, there are still questions. Is SkyDrive Pro a separate account just for Office 2013, or will people who already have a personal SkyDrive cloud account be able to use the same account for SkyDrive Pro duties?

Microsoft did say earlier this week that when the final version of Office 365 Home Premium is launched it will offer users "an additional 20 GB of SkyDrive online storage." So it's possible that SkyDrive Pro will simply add to the amount of storage that's present in an already established SkyDrive account.

Hopefully, Microsoft will offer some more information to what SkyDrive Pro is all about in the coming weeks and months.