Sony has come under fire recently for allowing their flagship Android smartphones to ship without Android 4.0, but this is set to change. The devices marking Sony’s change are not their smartphones, oddly, but their Walkman media players.

After the Sony Xperia S released with Android 2.3 many prospective buyers were left disappointed by the company’s support. Sony pledged to update the phone to Android 4.0, and delivered on their word. In other respects the Xperia S is far from a bad phone, as Tim Schiesser's review evidences. Boasting a 12MP camera and a rather appealing design, the device is far from outdated in any other respect. 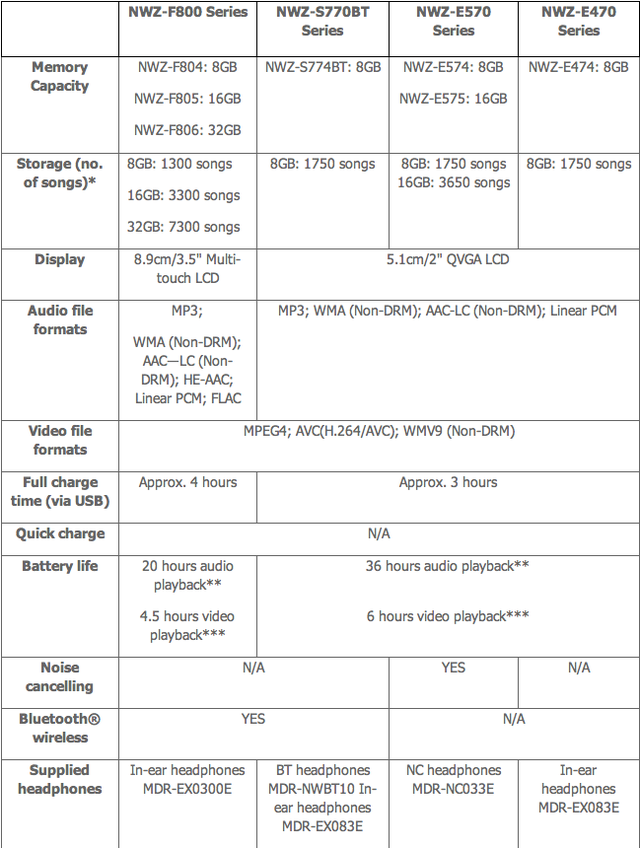 The Walkman series has been around for a very, very long time, and the name did hold a considerable authority in the past. The name has a long history, with Sony having used it since 1979. Fans of the Walkman branding should be very satisfied with the new changes, bringing the range into the modern world of music. The new line-up of Walkman devices support for Sony’s ‘Music Unlimited’ service, which is a part of the Sony Entertainment Network alongside what was previously known as the PlayStation Network. .

For fans of ‘pure’ Android, it isn’t currently clear whether Sony’s own UI will be layered over the operating system. We could assume it is though, for the Walkman is an instantly recognisable Sony branding. Those who like to embrace the cutting edge may be a little disappointed with 4.0, now that 4.1 is beginning to roll out, though there is a good chance of some Jelly Bean ROMs appearing in the future. Android 4.1 is mostly an incremental upgrade to improve what has already been added, so 4.0 should be sufficient for most people. Android 4.0 brought newer APIs upon its release, at the cost of these apps being incompatible with older versions of Android.

Sony are not the only company to sell Android-powered media players. While the open-source operating system is most quickly linked with smartphones and tablets, it does also appear on some multimedia devices. Apart from Sony, the main company producing these is Samsung. Like Sony, Samsung have their 'Galaxy Player' branding for these Android-powered MP3 and MP4 players. Sony have managed to turn up the heat in an often-forgotten area of Android's market.