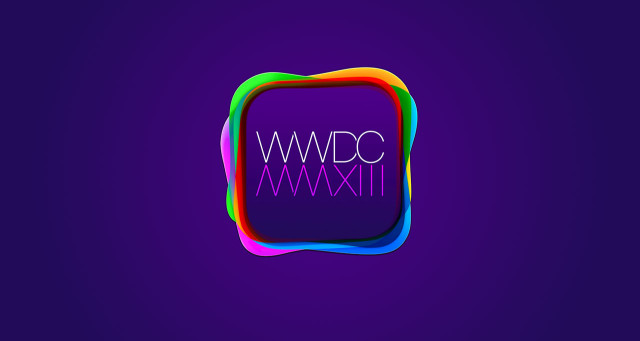 Apple's annual Worldwide Developers Conference (WWDC) kicks off on Monday, June 10 at 10:00 AM PDT (13:00 PM EDT, 18:00 PM GMT). With just a few days to go, it's time to take a look at all the rumours that have been swirling around, and to speculate on those that are the most likely.

When the company announced the conference in April, it was mentioned that "new versions of iOS and OS X" will be revealed, naturally referring to iOS 7 and OS X 10.9. Whilst many would look forward to a hardware launch, Apple's move to adjust its iPhone launches later in the year means it's far from likely. WWDC 2013 is expected to focus primarily on software.

It's almost certain iOS 7 will make its debut at WWDC. We know that Jony Ive has led the team to rethink the design and usability of company's mobile OS, and if leaked photos are anything to go by, it's clear Apple are moving towards a 'flatter' interface, favoured by platforms such as Windows Phone. Since its release alongside the original iPhone in 2007, users have complained that the company's mobile OS is 'stale'. Given the advent of Windows Phone 8 and Android 4.2 'Jelly Bean', Apple's 5x4 grid of app icons have, for many users, become unfit for purpose.

With Live Tiles on Windows Phone and widgets on Android, a simple grid of icons provides far less interactivity than on rival platforms, leading many to abandon their iPhones in favour of cheaper devices with larger screens, faster processors and more advanced operating systems. It has been reported iOS 7 will include a flatter, cleaner design, as well as the possibility of native Flickr and Vimeo integration.

The demand is clearly there, given that tickets for WWDC 2013 sold out in 1 minute 40 seconds, netting the company $89,000/second in ticket sales; almost 160x their normal revenue speed through hardware and content sales. Initially there were reports that the company were having difficulties in getting the software ready for the advent, however more recent reports, and the suggestions on the WWDC tickets themselves, show that this shouldn't be an issue. 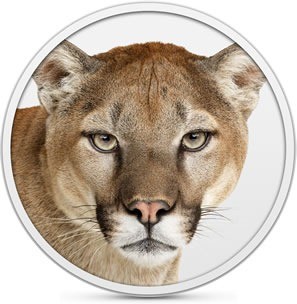 Also expected at WWDC 2013 is the next major iteration of Apple's desktop operating system, OS X 10.9. As with the 2012 release of OS X Mountain Lion, developers were expecting previews beginning around February ahead of a late summer release, however no such announcement has been made.

Rumours surrounding OS X 10.9 have been far more sparse than those surrounding iOS 7, although it has been reported by MacRumors that the next update to OS X will include Siri and Maps integration, as well as enhancements to Finder and Safari, Multiple Monitor Support and updated multitasking functionality. Job postings up on the Apple site additionally show that the company is interested in integrating the technology further into its products.

Given the reported issues the company was having in getting iOS 7 ready on time, Apple had also reportedly been pulling in OS X engineers in order to assist the process. The Loop's Jim Dalrymple corroborated this with a simple "Yep." It's unclear whether this has made any difference to the features available to show off at WWDC, though. 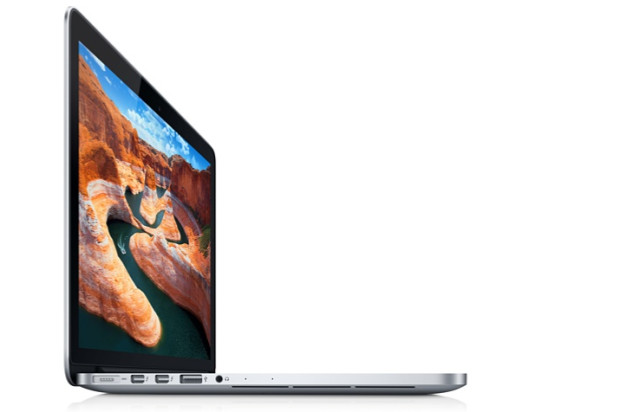 It's been reported Apple's notebooks are likely to receive a refresh at Monday's WWDC. After Intel announced its 4th generation of 'Core' processors on Tuesday, it seems increasingly likely that the Mac lineup will be taking them on reasonably soon.

Notebooks appear to be the likely candidates for an update, becoming the main hardware upgrade seen at the conference. 9to5Mac reported on Monday that new model numbers had leaked, hinting at notebook updates in the immediate future.

KGI Securities analyst Ming-Chi Kuo, who has a reliable track record over the past few years, has suggested that internal updates with the inclusion of Haswell chips may not be the extent we'll see at WWDC, with the possibility of a slimmer 13" Retina MacBook Pro, MacRumors reports:

We expect the 13" Retina MacBook Pro will have a slightly slimmer form factor for increasing its portability. Also we think the camera spec will be upgraded from 720p HD to full HD. This will improve FaceTime and video conference quality in the high resolution Retina display.

With regards to the MacBook Air, the analyst believes that dual built-in microphones will be introduced, as seen on the Retina MacBook Pro last year:

We forecast that this year's new MacBook Air model ail also have dual built-in microphones as a result of positive feedback on this feature in Retina MacBook Pro, which delivers clear voice quality on FaceTime and VoIP service.

Apple creating a iTunes-based streaming service has long been in the rumour mill. Competing with online radio services like Pandora and streaming packages like Google Play Music All-Access and Spotify, 'iRadio' would tap into the company's iAd service to generate revenue, whilst keeping the service free for users. This business model would prove highly attractive for users and advertisers, and has the potential to knock existing streaming services off the top spot.

Back in April it was reported that Apple were closing deals with major music labels in order to release a service informally dubbed 'iRadio'. Recently the company were alleged to have signed a deal with Warner Music in order to unveil the service at WWDC, the New York Times reported earlier this week.

Apple aren't known for unveiling products before they're happy with them ("what about Maps?"...I hear you say), so we can't be entirely sure if 'iRadio' will make an appearance at the conference. As with the rumoured iWatch, Apple would likely hold a dedicated press event for an entirely new product.

It is unclear yet whether Apple intends to offer a live stream of the event, as it has done in previous years, however Neowin will cover all major releases from the event on Monday. Again, WWDC 2013 kicks off at 10:00 AM PDT (13:00 PM EDT, 18:00 PM GMT).