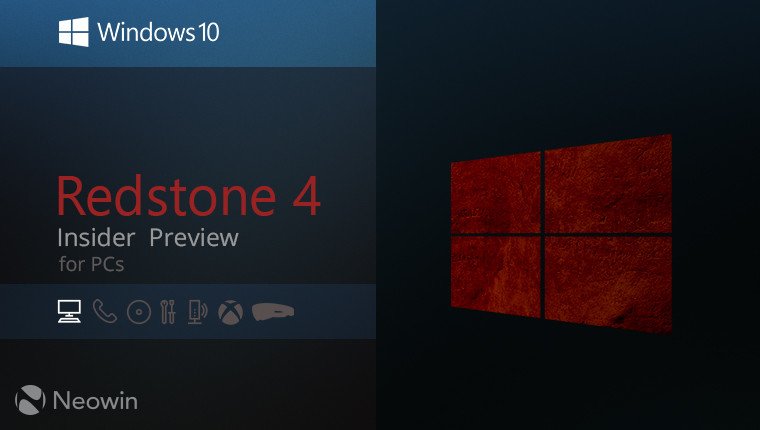 If you're on the Slow ring of the Windows Insider Program, the time has come. The first Redstone 4 preview for the ring is now available. Before it, there was build 16299.19, which was the RTM version of the Windows 10 Fall Creators Update.

Originally released to the Fast ring last week, it included revamped Ease of Access settings, the ability to control Startup tasks from settings, and some changes to the Yahei font. But since this is the first Redstone 4 preview for the Slow ring, you'll want to check out changes from previous RS4 builds as well, such as Cortana Collections, which arrived in build 17017.

There are also more Fluent Design System elements in the OS, such as in the Start Menu. And of course, you'll want to be aware of the known issues.

There haven't been a many notable features in Redstone 4 previews just yet, as we're still early on in the update's development. Typically, Microsoft would hold an event where it shows off the big features that are coming, so that's something that you're going to want to look out for.