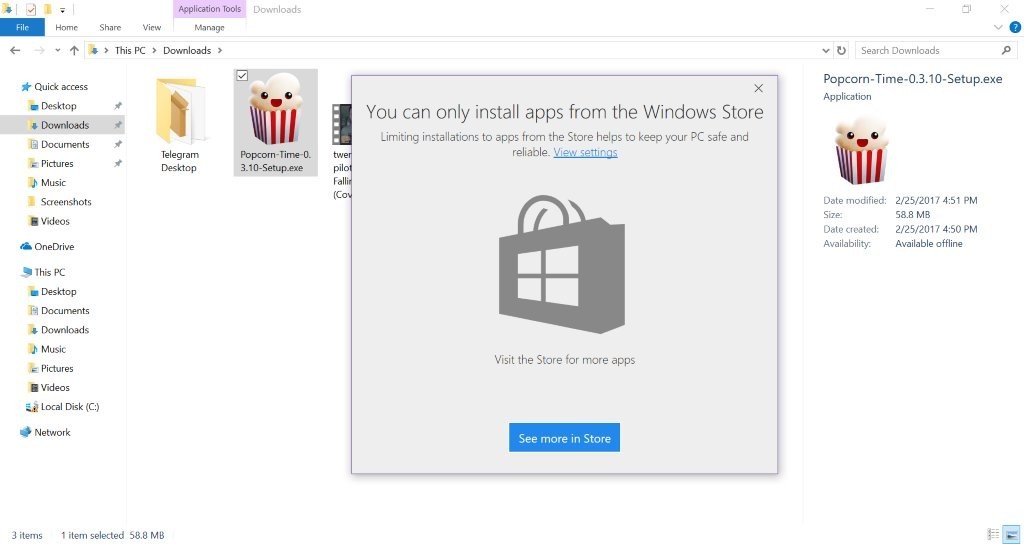 With the Creators Update for Windows 10 scheduled to be released in April, Microsoft will soon be adding the ability to restrict the installation of legacy, x86 apps from any sources other than the Windows Store, something that may prove quite useful for novice users and organisations such as schools and businesses.

While the feature will be completely optional, for those who who want to ensure the that applications they install on their computer are 100% certified by Microsoft and pose little risk to the security of their device, the option may prove beneficial. Novice users not familiar with common security practices to avoid the installation of viruses and other malware might also find it to be a convenience. You also won't have to worry about the bloatware that is often bundled with some free applications and installed without your permission.

Alongside the improved security, choosing the option may save some hassle for administrative and IT staff within organisations such as schools and business that usually do not want third party apps installed without their permission. 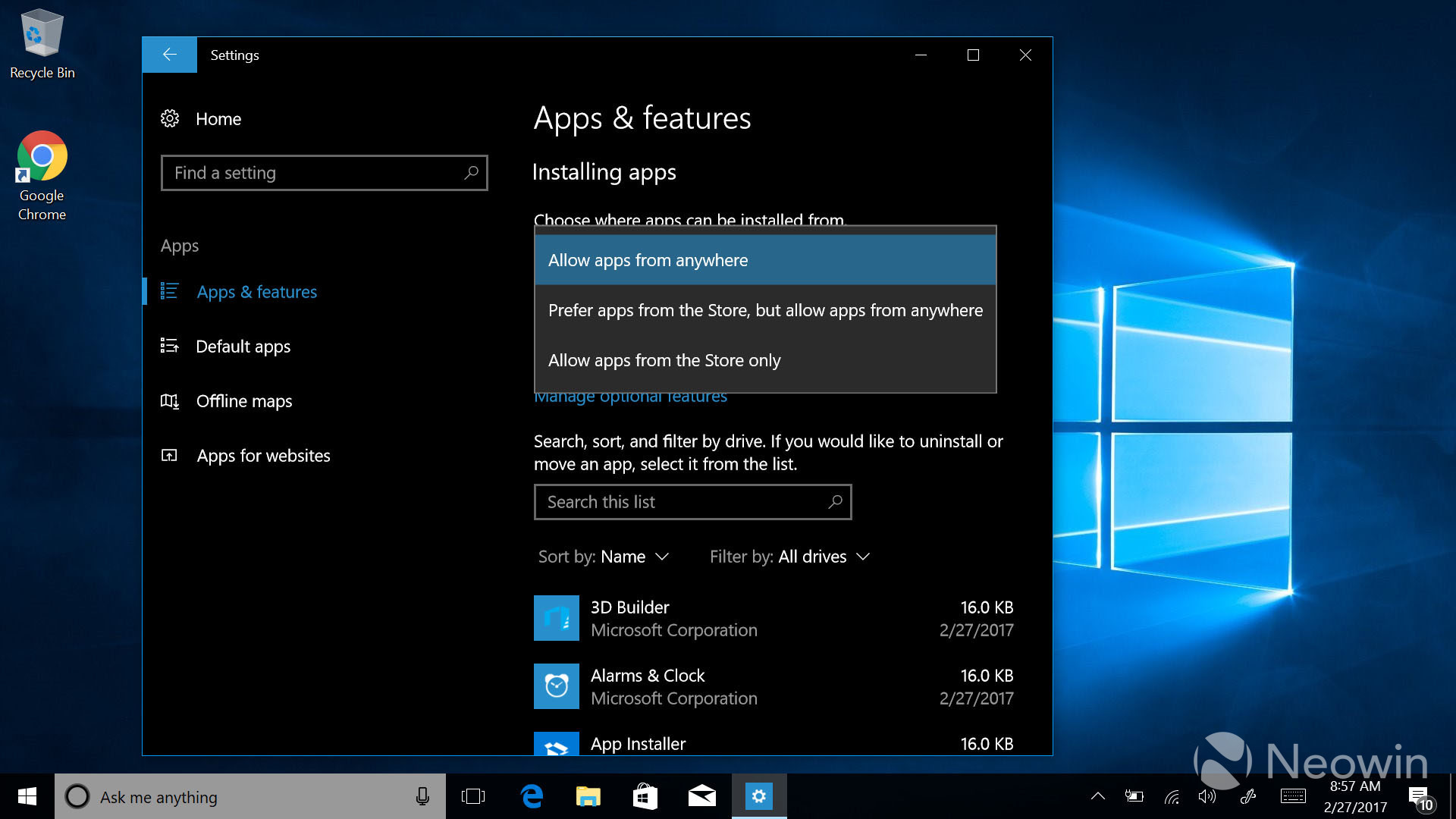 As a result of the restriction, installing an x86 app app from another source will cause Windows to prompt the user with a warning reminding users of the relative safety of Store. Users will then have the option of ignoring the warning and proceeding with the installation anyway. The setting will also offer an option to disable overriding the restriction from the warning prompt in this manner.

Power users need not fear, however, as the feature will be turned off default.

As more developers choose to move their x86 apps to the Windows Store or convert them to Windows Apps through Project Centennial, the option may likely become far more feasible for even more demanding users, allowing them to maintain the security of their device without restricting their access to the apps they know and love.

For those on Build 15042, which was released just this week, the feature is already available and they can enable it in the 'Apps and Features' tab of the Settings app.