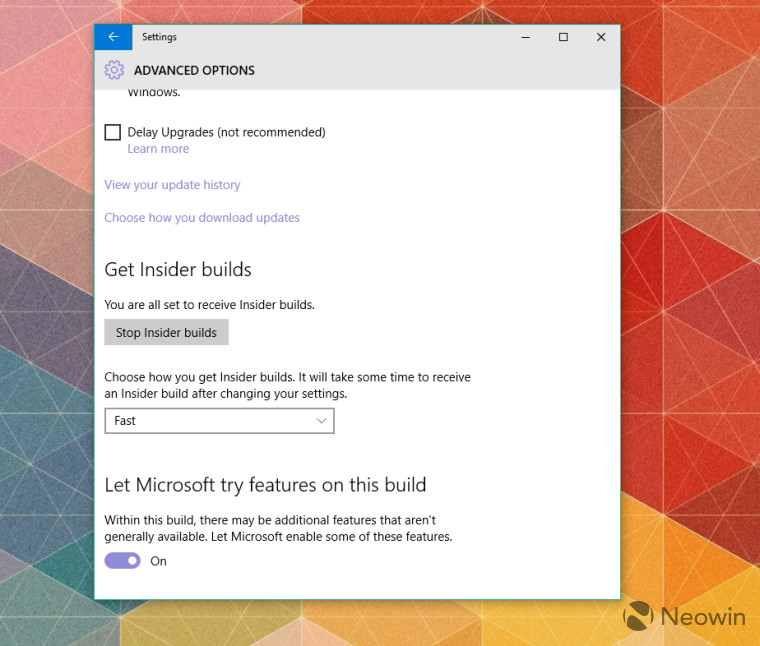 Earlier today, a new build of Windows 10, 10134, found its way to the Internet and tucked away inside the Update and Recovery options are new settings for how updates are applied to your machine. This build is not an official release from Microsoft and if you want to see what else is new in this version, check out the full gallery here.

For those of you who participate in the Insider program, you will know that when it comes to updates, you have two options: Slow ring or Fast ring. With build 10134, Microsoft has added the option to 'Stop Insider builds' as well as the ability to turn off features that are not generally available. 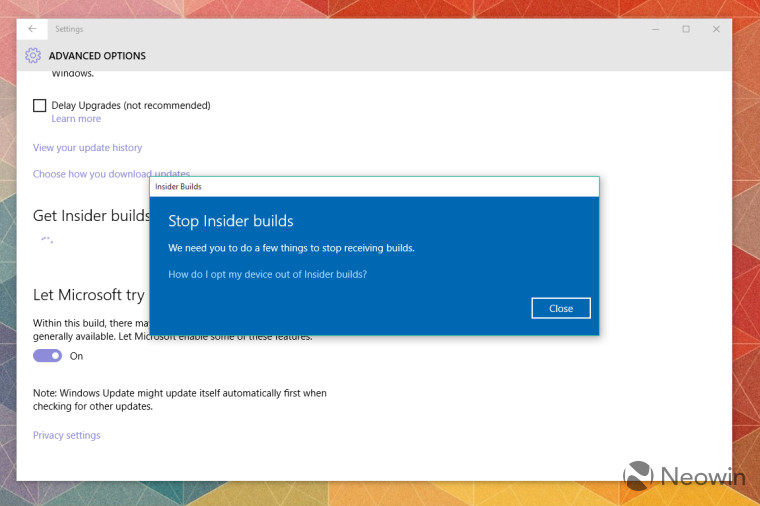 It's the second option that hints that Microsoft will soon trial new features with Insiders that may still be in beta and need further feedback before rolling out to everyone who uses the OS. Seeing that Windows 10 will ship in less than two months, this feature will allow Microsoft to continue testing apps and the like without having to ship a new build to Insiders.

If you downloaded this build, you can find the settings in the advanced options area inside of Windows Update.

Microsoft has stated that the Insider program will continue on after the release of Windows 10 which means, if you want to participate, you will still be able to tinker with new features ahead of their general release for the foreseeable future.