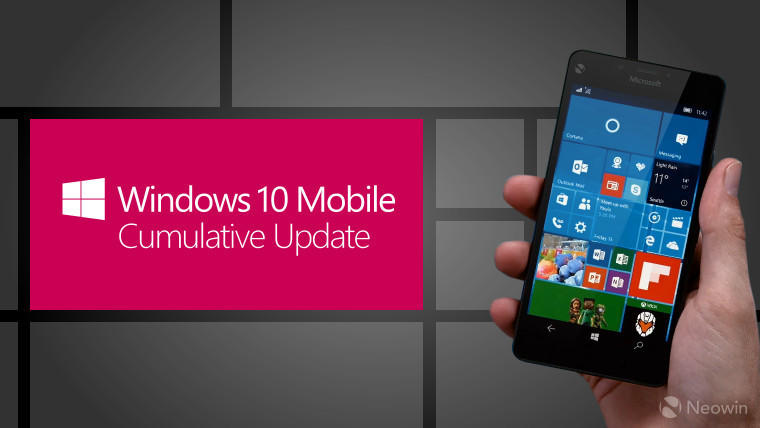 Earlier this week, Microsoft released Windows 10 for PCs build 14393.187 as part of Patch Tuesday. An update for Windows 10 Mobile was notably missing at the time, but the same build would show up in the Release Preview and Slow rings yesterday for phones.

Less than 24 hours later, build 14393.189 has appeared for non-Insiders with unlocked devices. It's completely unclear why the build number has increased, and it's entirely likely that we'll never find out. It's a Production ring build, so we won't see a changelog in the Feedback Hub, and Microsoft has never made an addition to the Windows 10 Update History for a Mobile exclusive.

While it's not the same build, it's clearly very similar to 14393.187, so here's the full changelog for that build. You'll see that much of it applies to Windows 10 Mobile, which is great news if you're a Windows phone user.

Note that this update is only available to unlocked devices in the Production ring. If you're in the Release Preview or Slow rings and picked up 14393.187 yesterday, you won't see anything new. Carrier-locked devices don't seem to be getting it yet either, so you can most likely expect to see it in a week's time.

This is the first cumulative update that Windows 10 Mobile has received since Microsoft shipped the Anniversary Update, which was almost a month ago. The previous build was 14393.67.