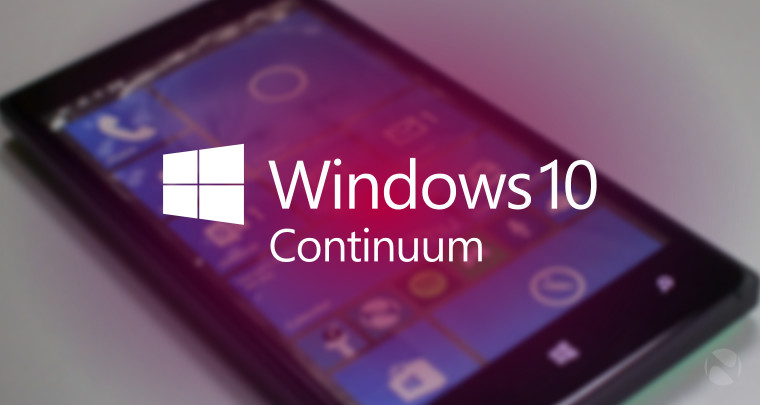 On stage at Build Microsoft has just demoed ‘Continuum’ for Windows 10 on phones and small tablets, a feature of the new OS that allows these devices to connect to wireless keyboards and displays for extra productivity.

Continuum was first showed off by Microsoft at the company’s January event. Back then the feature was designed to make switching between tablet and desktop mode a fluid, seamless experience on hybrid devices such as the Surface tablets.

However, it now looks like the feature will have a much greater role when it comes to the mobile version of Windows 10 as users will not able to seamlessly transition between using their phones or small tablets in a regular fashion and connecting them to wireless peripherals for extra productivity. On stage we saw Microsoft demo this, by connecting a Lumia handset to a wireless via HDMI and a Bluetooth keyboard and then using the phone in a ‘productivity mode’. Usual keyboard hotkeys can be used in this mode and the whole experience even mimicked the traditional Windows 10 desktop, albeit without any of the desktop features. Meanwhile the phone remained completely usable.

Of course this idea of transforming mobile devices into productive desktops is not new, as many Android manufacturers have tried to do it before, but have mostly failed miserably. Despite that it’s still viewed by many as the future of computing. And given Microsoft’s Universal Windows Apps that are designed to be used in multiple modes and scenarios, the company may actually succeed.

Users will, obviously, still need compatible hardware to take advantage of this but as the technology becomes cheaper its bound to also become a lot more widespread.

Editor's Note: Just to make this very clear, the Continuum mode allows users to run phone apps on the big screen, with a mouse and keyboard. It will NOT allow for x86 apps or any other type of applications that are not supported in regular phone/tablet usage.