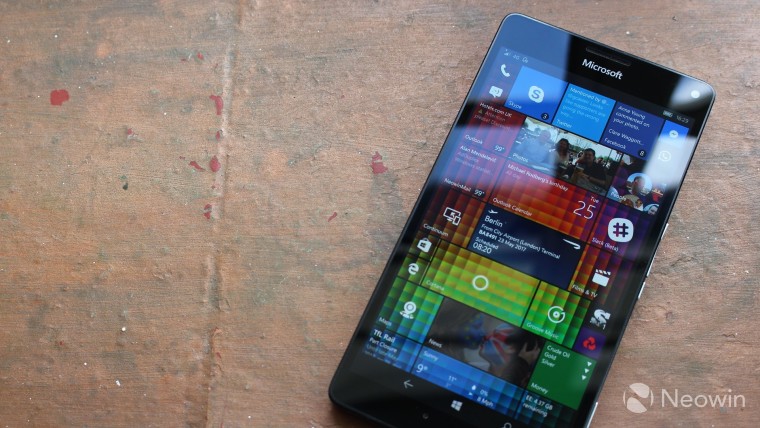 Windows 10 Mobile is no longer in active development, and technically dead. However, the OS is still being serviced with monthly security patches on or around patch Tuesday. However, only devices on version 1607 (aka Anniversary Update) and newer would receive these patches as Microsoft ended support for the original version of Windows 10 Mobile, version 1511, in January of this year.

The store prompt seems to be present on all versions of the OS. However, for devices on version 1607, the banner reads “Your device needs a security update”. The listing redirects to the Windows 10 Update page. However, it looks like the link is actually for Windows 10 on PC, since it initiates a download of the Windows 10 Upgrade Assistant. It is not unusual for PC listings to show up on the Windows 10 Mobile Store.

It is possible that the Store listing might begin showing up for devices running the Windows 10 Creators Update (version 1703) on the PC as well, since that version of the OS reaches the end of mainstream support on October 9, 2018. However, Enterprise and Education edition customers of the OS will receive an additional 6 months of support.

If you own any of the Windows 10 Mobile devices that are eligible for the Fall Creators Update and haven’t upgraded yet, it's recommended that you do so by going to the device Settings -> Update & security -> Phone update -> Check for updates. Once the end of support is reached, there will be no cumulative updates containing security patches for that version. If you are on the Fall Creators Update (version 1709), you will continue receiving cumulative updates till December 10, 2019.