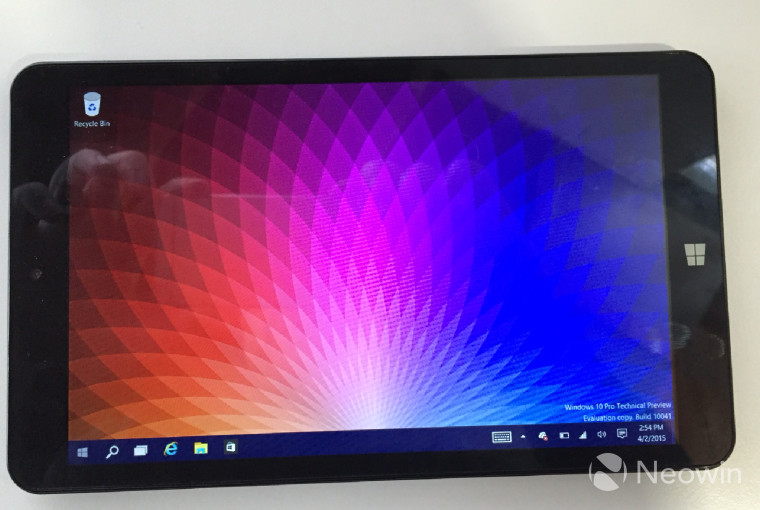 There is no doubt about it that Windows 10 is generating a lot of interest in the Windows community. The OS is looking to mend all the flaws of Windows 8 and if you have missed any of our coverage of the system, you can see it all here.

One area I had not experimented with Windows 10 yet was the small tablet form factor. So, given the opportunity to load the OS on to the Eve T1 that I recently reviewed, I couldn't pass up the chance.

To install the OS, I had help from Eve. They sent over instructions that included partitioning the internal storage so that could dual boot both Windows 8 and 10 and included drivers as well as a copy of Windows 10. After I partitioned the drive, I ran a batch file sent by the Eve team that loaded an image on to the new drive and away I went.

After booting into Windows 10, I tried playing around with the device while not in tablet mode and it is about as awful as you can imagine. Touch targets are way too small, Internet Explorer was a joke and frankly there is no reason to ever try doing this again.

When I switched to tablet mode, the experience was improved but not by a significant margin. Much like I said in the review of the T1, a device this size is good for consumption only, and on Windows 10, that statement is echoed. In fact, I would argue that as of right now, an 8in tablet running Windows 8 offers a better experience than Windows 10 as the modern UI was built for 100% touch and the tablet mode in Windows 10 is about 75% touch friendly. I am well aware that the OS is still a work in progress, so this is a point in time statement and not a reflection of the final product.

Because there were quite a few bugs showing up in 10041 (search and apps not working, Windows button did not work), I wanted to update to 10049 to see if this would fix my problem. After downloading the build, I ran into the error that says there is 0.00mb of space free.

Fatal Mistake: I was dual booting up until now but I blew out the partition with Windows 8 to increase the available storage space to try and fix the issue. After the stitching was complete, the OS told me to restart which is where I encountered the blue screen you see below. 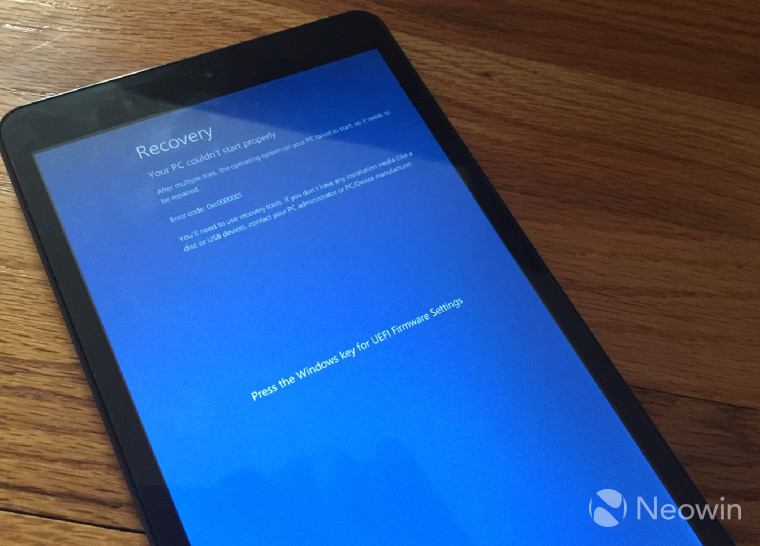 The big problem here is that the Windows key is still not working, so there is no way to enter the boot menu to try and access the recovery partition which is still there. Because I cannot access the boot menu, recovery media is not helpful to fixing the situation either. This means that the Eve T1 is now a paperweight until I figure out how to restore the OS.

The short version of this is that Windows 10 on 8in tablets is not a great experience and certainly not one that I would recommend.