"Released to manufacturers" (RTM) is a significant milestone for Windows 10 builds as it signals the end of addition of new features, with the feature update being considered "complete" or "feature-locked" in terms of development.

It is now being reported that build 17133 is the RTM build for the next major update to Windows 10, which will likely be called the "Spring Creators Update". 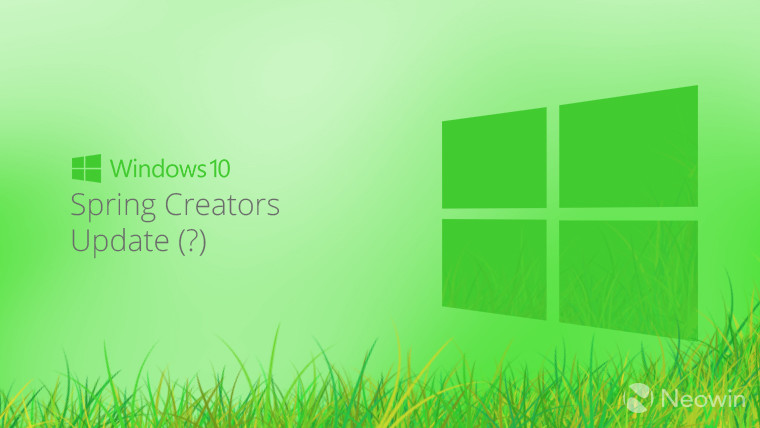 Citing unnamed sources, Windows Central reports that build 17133 has been internally signed off by Microsoft as RTM. This essentially means that this will be the build of Windows 10 pre-loaded on new devices, and the one that non-Insiders will receive as an update. Moreover, Microsoft will be releasing cumulative and security updates for this RTM build, similar to what it did with build 16199.15, which was the RTM build for the Fall Creators Update.

Windows Central also states that Microsoft will begin flighting this RTM build to users on April 10, however, it may take some time before the feature update is rolled out to devices worldwide. As such, over the next couple of weeks, the company will be releasing the build to Insiders on the Fast, Slow, and Release Preview ring.

During the days leading up to the official launch, Microsoft, device manufacturers, and Insiders will be focusing on squashing out any last-minute issues in the RTM release. Barring any unforeseen problems, build 17133 will begin rolling out to users on April 10, along with a day-zero cumulative update which fixes any bugs discovered during the final testing. Be sure to check out this list of features that we anticipate will be arriving with the Windows 10 Spring Creators Update.