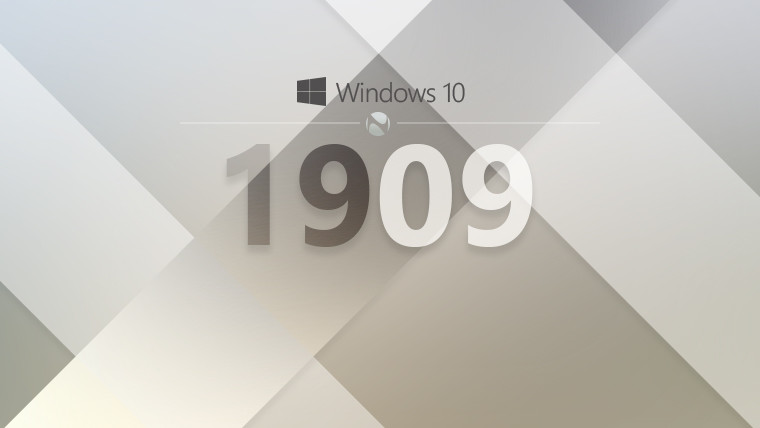 If you've been following the Windows 10 development cycle for a while, you already know that Microsoft's operating system gets major feature updates on a semi-annual cycle. These updates arrive generally in April and October of each year, and so, it's time for version 1909.

Having so much in common with the previous version of Windows 10 also means there aren't that many new features here. Nonetheless, let's take a look at what will be different once you get this update.

A number of improvements have been made in regards to notifications in Windows 10 version 1909. For starters, it's now easier to get to your notification settings thanks to a new "Manage notifications" link in the Action Center, which will take you straight to the general notification settings page. If you want to change settings for a specific app, though, you also have a new button in each notification, which you can click to go directly into that app's settings. 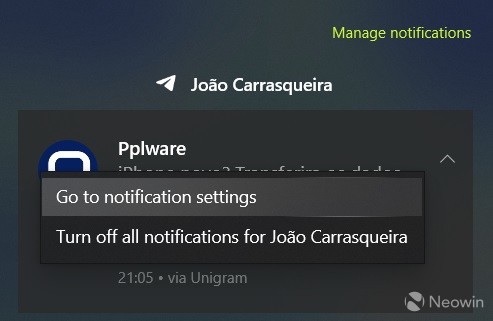 Once you get to the notifications page in the Settings app, there are some more changes. For starters, there's a new global setting to turn off sound for notifications. This way, you don't have to stop notifications entirely, or mute sound on a per-app basis. The list of notification senders is also now sorted by most recent, so you can more easily find settings for an app that sent you a notification more recently.

If you go into the settings for each app, you'll also notice some new imagery to represent notifications in the Action Center and notification banners. 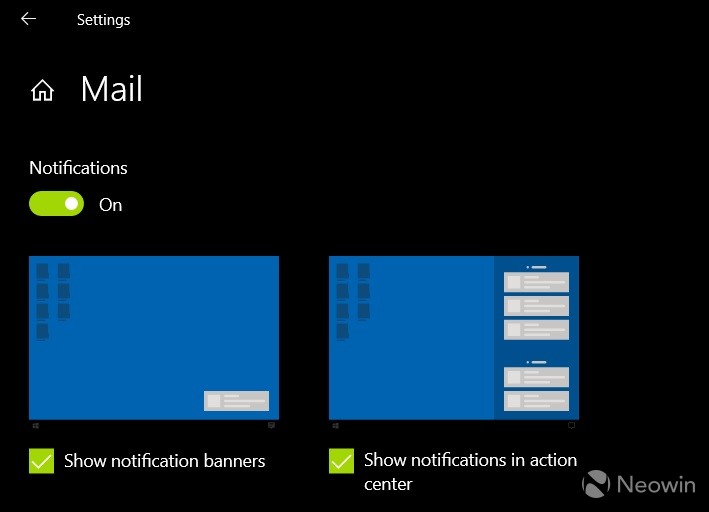 Microsoft has also made some improvements to parts of the UI and UX in the desktop environment. For example, the calendar flyout in the system tray can now be used to quickly create new calendar events, so you don't have to open the Calendar app to do it. You can choose a name, label (defined by color), time, and location for the event, or jump into the Calendar app if you need more details.

In Start, you'll notice that when you hover a little longer over any of the options on the side bar, such as the power menu, the sidebar will now expand over the apps list, displaying text for each of the options. File Explorer also features improved search now, powered by Windows Search itself. This helps integrate OneDrive content into search results.

The lock screen has received an under-the-hood change, which will let third-party assistants be activated by voice on top of the lock screen. This likely won't change anything right away, but it opens the door for deeper integration with digital assistants such as Alexa.

There's a handful of improvements in Windows 10 version 1909 in addition to the ones above. Devices with certain processors may see improved battery life and overall power efficiency, and Microsoft has made a change where work is distributed across a processor's "favored" cores more fairly.

It's also made some fixes to Windows containers, which previously required the host and the container to be on the same version. It's now possible to use down-level containers.

For accessibility, the Narrator and other assistive technologies will now be able to read where the FN key is on keyboards, and whether it is activated or not.

For enterprises and OEMs

In addition to these consumer-facing features, there are some improvements for businesses and OEMs, such as Windows Defender Credential Guard support for ARM64 devices, which should make it easier to deploy ARM-based products in enterprises. This aligns well with the release of the Surface Pro X, Microsoft's first Windows on ARM device since Windows RT.

Here's the full list of features for enterprise customers and OEMs:

It's not currently clear when Microsoft will be releasing Windows 10 version 1909 to the general public, and the company didn't mention it during its event on October 2. However, Patch Tuesday is coming up, and that could be a likely candidate for a release date. When it is released, you'll probably have to manually install the update, since Microsoft isn't automatically installing feature updates anymore so as to prevent any issues similar to what happened with the Windows 10 October 2018 Update.