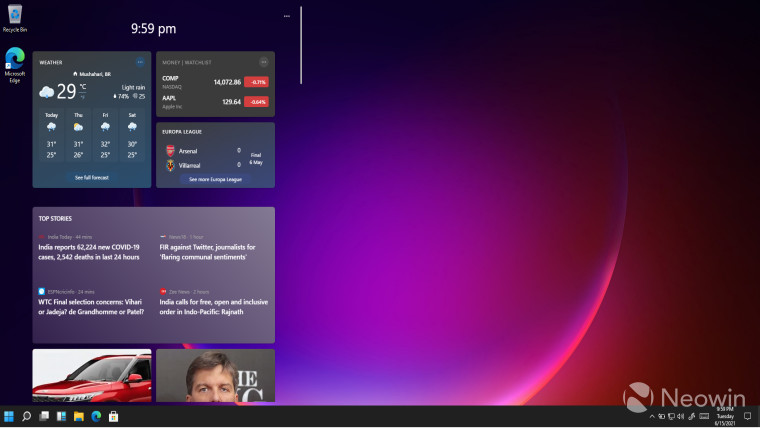 However, reliable Microsoft insider, Walking Cat claims that Microsoft is planning to add support for third-party widgets that will allow users to customize the widgets menu as per their liking. However, initially, Windows 11 will support only first-party widgets, with third-party support rolling out later.

Windows Widgets will be 1st-party only initially, with 3rd-party support comes later. https://t.co/2qPeJq6Ydm

Not seeing any indication that Widgets in Windows 11 will have an API or support third party extensions. It appears to just be a vehicle for serving MSN feeds and forcing users into Edge (ignoring your default browser). i.e. another form of News and Interests from Windows 10. pic.twitter.com/v2GuR6mBGp

Microsoft is expected to announce Windows 11 at an event next week. However, thanks to the recent leak, we were able to take a look at Windows 11 this week. You can check out our first impressions as well as hands-on articles for more information on Windows 11. In essence, the new update merges Windows 10 and Windows 10x while also bringing performance improvements as well as features such as the new window snapping assist.