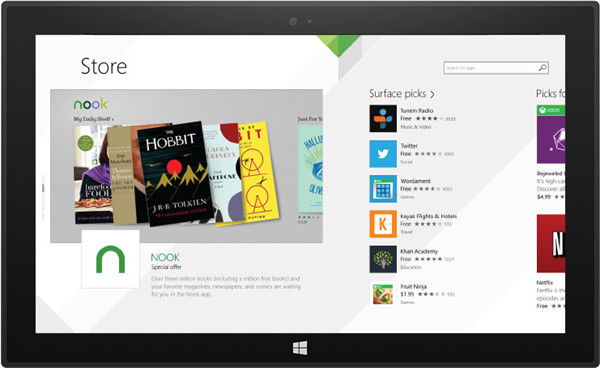 Even as a new version of the Windows Store made its debut with the Windows 8.1 preview version on Wednesday, Microsoft is also offering Windows 8 app developers access to more tools to help make or improve their apps.

In a post on the official Windows app builders blog, Microsoft announced that PayPal has now released a new SDK to the general development community that will allow Windows 8 app makers to add support for PayPal to their software. Also, a new version of the Khan Academy app will let users convert a website that uses HTML5 or JavaScript website into a Windows 8 app with little new code.

Microsoft also announced that later this summer, the popular Unity game development engine will offer full commercial support for Windows 8. Game developers that have a publishing agreement with Microsoft Studios will gain free access to Unity tools for both the Xbox 360 and Xbox One game consoles.

Finally, Microsoft announced that Adobe will release its Digital Publishing Suite for to Windows 8.1 late in 2013. Microsoft said, "Publishers and brands will be able to design and publish content to devices such as the Microsoft Surface, and designers can use DPS to create all kinds of dynamic and interactive apps."