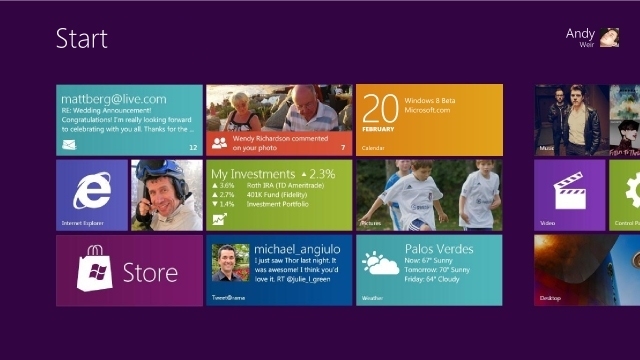 Microsoft’s last appearance at the Consumer Electronics Show this month may have been a bit light on new information when it came to Windows 8, but the company did reiterate its confirmation that the beta release of its new operating system will be arriving in late February. Or did it? As noted by ZDNet’s Mary Jo Foley, if you look a little more closely at the terminology used, it seems that Microsoft didn’t promise to deliver the beta after all.

As Mary Jo herself acknowledges, this was something that Paul Thurrott picked up on over a week ago in an article on his Supersite For Windows. He noted that Janelle Poole, Microsoft’s director of public relations, made the following statement in a CES Windows 8 presentation:

We haven’t talked about the release date and we generally don’t. We are talking milestone to milestone, so for us right now, we’re talking about the next milestone being the Consumer Preview happening in late February."

Would Microsoft really abandon its ‘Beta’ tag in favour of calling it the Consumer Preview? From what Mary Jo has heard, the answer to that question is a simple ‘yes’. It’s not difficult to put that decision into perspective. As Paul suggests, this could very easily be part of a streamlined naming structure, beginning with the Developer Preview (which was delivered to developers in September), followed by the Consumer Preview (arriving next month), and finally the Enterprise (or Business) Preview, which would replace the ‘Release Candidate’ build.

But there may be other reasons for the name change.

Microsoft public beta builds tend to be more or less feature-complete, with fairly robust code and relatively stable performance. The company doesn’t often make software available to the public – even with a beta tag – if it imagines that it’s going to be inundated with support requests from users with varying competencies, experiencing issues ranging from minor bugs to full-on OS catastrophes. It’s conceivable, therefore, that Microsoft simply wishes to update its naming policy to reflect the more robust and stable nature of the build, rather than the nebulous ‘beta’ nomenclature, which carries connotations of a product that still demands more rounds of testing.

Alternatively, it could be as simple as the Consumer Preview name reflecting additional consumer-focused features that might be included to some degree for the beta, but which were omitted from the Developer Preview, such as Media Center, Xbox LIVE games and the Windows Store.

Whatever the underlying reasons, Microsoft would – intentionally or not – be raising expectations in eschewing the ‘beta’ moniker in favour of the Consumer Preview name. ‘Beta’ clearly implies that the product may be a little rough around the edges; ‘Consumer Preview’ carries no such obvious connotations, and those consumers that Microsoft hopes will preview the new build will no doubt expect a high-quality product with none of the kinks or bugs that they might be more ready to forgive on a beta-branded product.

Could Microsoft be setting itself up for a fall? Or is this a positive step in building consumer interest in the platform, now that it’s already got buzz in the developer community going? Do you think that the new name might hint that Windows 8 is closer than we might think?

Have your say in the comments below - and be sure to join in some of the Windows 8 discussions on the Neowin Forums.