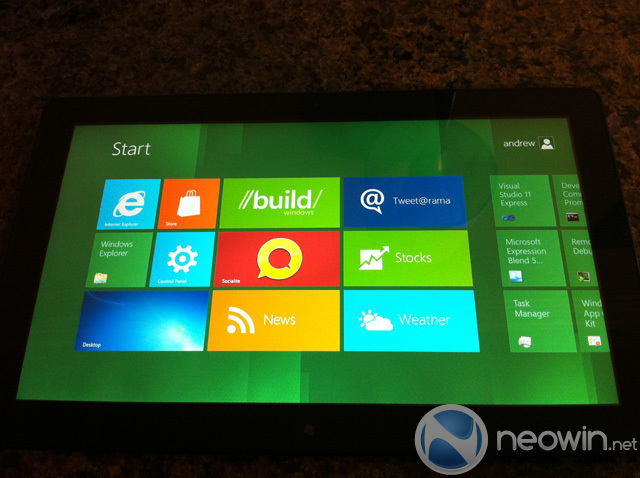 The Windows 8 Developers Preview version launched in September to the general public as part of Microsoft's BUILD conference. It let anyone try out the next version of Microsoft's upcoming operating system, particularly the new touch screen Metro interface designed for tablet use. While many of Windows 8's final features were not included in the developers preview build, it certainly generated a lot of interest from the early adopter crowd.

Now News.com reports that a new study ad network Chitika shows that people who have downloaded and used the Windows 8 developers preview have used it far less since then. The study seems to come up with some odd conclusions based on this drop in activity, saying that it believes that Windows 8 actvity among its users should actually be increasing thanks in part to the announcement that the beta version of Windows 8 should launch by the end of February 2012.

The study said, "With these changes just on the horizon, it would seem that the level of anticipation and activity within developer communities should be increasing, although due to low levels we observed, this clearly paints a different picture.."

However, the study might be reaching the wrong conclusions from this activity. The Windows 8 Developer Preview is just that; a preview of what's to come from Microsoft's next Windows version. Much of the features in this OS have been disabled. It's more than possible that the people who downloaded and used it in September decided to move on to other, fully featured operating systems for their normal work.

In other words, we shouldn't read too much into the fact that not as many people are using the Windows 8 Developers Preview. However, you can bet that the full beta version of Windows 8, will be getting a lot more use from the early adopter when it is finally launched.