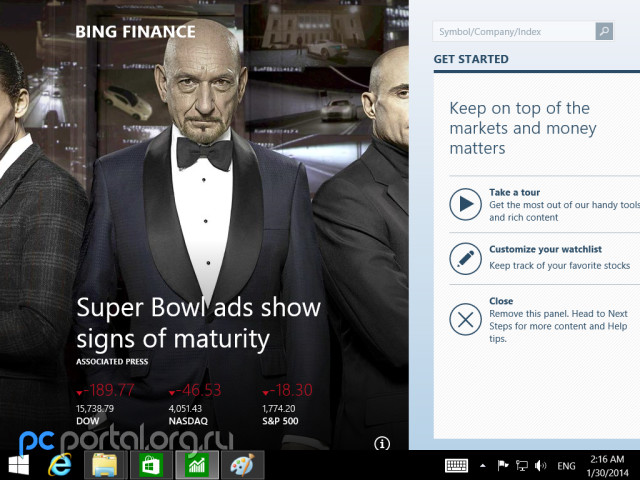 We saw some new leaks yesterday regarding Update 1 for Windows 8.1. But it seems they’ll continue today as new screenshots are making their way to the web.

First up we’re seeing a new custom option for screen scaling, which allows users to pretty much upscale the icons and text to whatever they want. The way Windows handles scaling has long been a point of contention among its users so this new option will definitely be welcomed. 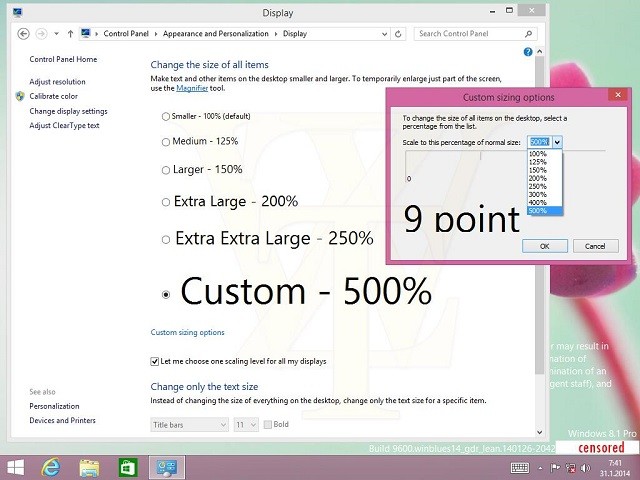 Secondly, and this is where things get messy, a screenshot from @AngelWZR, a noted leaker, seems to show a modern-looking version of the taskbar on top of a Modern app. According to him this is hidden when the app is fullscreen but can be called back up.

Modern apps on the desktop have been mentioned for some time now as an upcoming feature in Windows 9, and we’ve seen numerous screenshots of Modern apps showing up in the taskbar in Update 1. However this new image, if real, shows that Microsoft may be going a lot further than people expected in bringing back focus to the desktop and improved usability to mouse and keyboard users. Of course this hasn't been verified yet and the image itself looks suspect, so take this with a fistful of salt.

Finally we’re hearing conflicting reports from different leakers as to when a full build of Windows 8 Update 1 may leak online. Some are saying that personal signatures make it impossible for a build to leak without Microsoft knowing exactly where it came from, while others are saying that a leak is almost imminent.

Either way BUILD is just two months away so we’ll get to see Update 1 in action sooner rather than later.