When users search inside Windows 8, they use the Search charm which then brings up three categories to search from inside the OS: Apps, Settings, and Files. Many Windows 8 owners feel that separating search strings by different categories by default causes those users to have to take extra time to click on one of those three categories in order to continue their search.

That's apparently going to change for the next major update for Windows 8. The early build of Windows Blue that found its way to the Internet in March has been examined by the folks brave enough to install and run the OS. WinSuperSite.com reports that the search experience will be much simpler when the final version, which may be called Windows 8.1, is released. 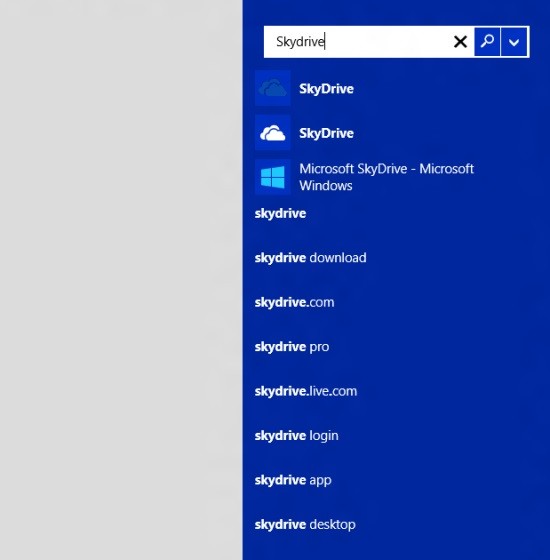 Basically, the new search, which is disabled in the leaked Windows Blue build, does away with having to pick from either Apps, Settings, or Files. Windows 8.1 should allow users to simply type in a search string to find anything inside the OS. The search box will also apparently include a way to receive web-based search results from inside the search charm, presumably from Microsoft's own Bing service by default.

It's looking more and more that Microsoft is actually listening to feedback that it received from Windows 8 users and are trying to make Windows 8.1 a more accessible experience on the PC. We should learn a lot more about Windows 8.1 in June as part of the BUILD 2013 conference and we'll be there as well.