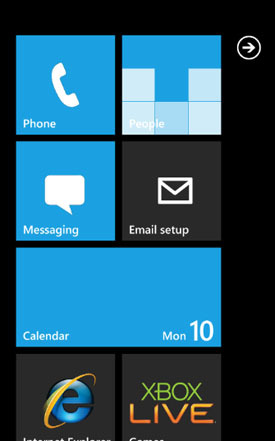 Earlier this week, the RC1 escrow of Windows Phone 7 leaked online which provides a near final look and most likely a feature complete version of Windows Phone 7.  The leaked ROM works with Microsoft’s freely available Windows Phone developer tool and allows anyone who is able to obtain the ROM to view it on their own PC.

Paul notes “I haven't figured out how to get the emulator out to the Internet, so much of what makes Windows Phone so excellent--it's seamless integration with online services--isn't available in these shots. Also, the Games hub isn't working in this build (while it did previously). Still, there's some interesting stuff here”.