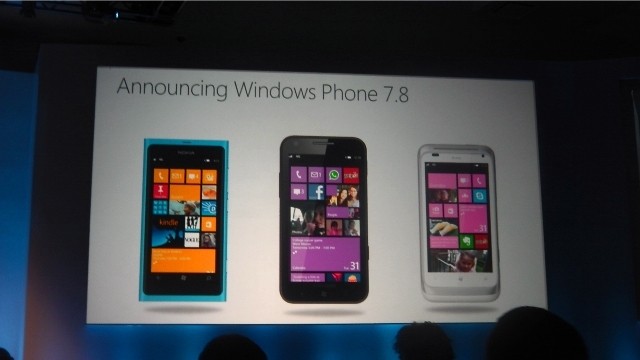 In November, Microsoft announced that Windows Phone 7.8, the next major software update for Windows Phone 7.5 smartphones, would be released in "early 2013". Now there are unconfirmed reports that the update may have already started to roll out to some owners of at least one smartphone model.

WPCentral.com reports they have received reports from a few of their readers that the Nokia Lumia 800 now has an available update that comes from both Nokia and Microsoft. There are actually three separate updates for Windows Phone in this release with the final one bringing the official build number to 7.10. 8858.136.

So far, this update appears to be limited to the Lumia 800. People who have other Windows Phone 7.5 devices may have to wait until their specific wireless carrier decides to launch the update on their network.

Just a reminder: Windows Phone 7.8 will add a new Start screen with resizable Live tiles, similar to the one that's a part of Windows Phone 8. It will also have a new Bing wallpaper lock screen, a new lock screen feature for security and more. Older Lumia smartphones from Nokia will also get some new features as part of this update, including the Cinemagraph photo add-on, sharing DRM-free media files via Bluetooth and more.

We must admit that this behavior is a bit odd, you would think Microsoft would shout from the rooftops if it was releasing WP7.8 as WP7.5 users have been waiting for the update since June.