In 2012, Microsoft launched several in-house apps for Windows 8, including a number from the Bing apps team. Today, the company revealed that it has expanded its platform reach with the release of four apps for the Windows Phone 8 OS in an unspecified number of countries. 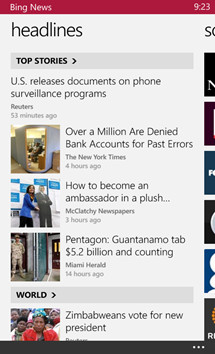 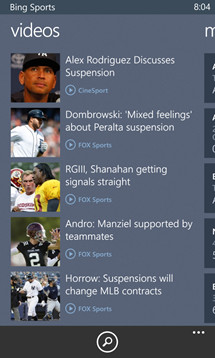 The News and Sports apps offer stories, photos and videos collected from a variety of media sources. The News app offers a way to pin a favorite news source on the app's Live Tile for quick access to headlines, while the Sports app offers the same for a user's favorite sports team. 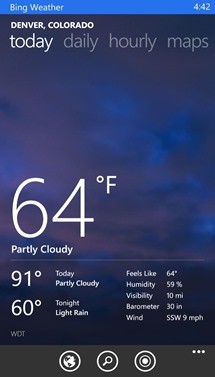 The Weather app gives out current conditions for a user's location as well as any other part of the world, plus the Live Tile part of the app dynamically updates with the latest weather information. It also offers forecasts for the next several days. 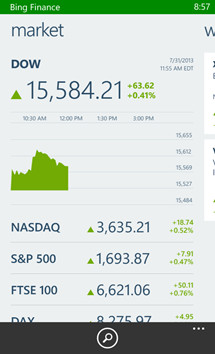 Finally, the Finance app keeps track of the financial news and markets, while also allowing users to pin their favorite stocks on the Start screen to keep track of the trading ups and downs.