Developers, developers, developers... the mantra chanted by Steve Ballmer to emphasise the importance of the dev community to Microsoft and its efforts to make its sprawling ecosystem a success. But many of those developers have been less than pleased over some of the decisions made by the company with regard to its new software development kit (SDK) for Windows Phone 8.

Back in June, when Microsoft made its first official announcements about the new OS, developers were promised that they'd be able to download the new SDK "later this summer". But that promise wasn't fulfilled, and the company disappointed devs further by announcing in September that access to the SDK would not be universal, but subject to an approval process - one which saw many experienced and accomplished developers denied access. 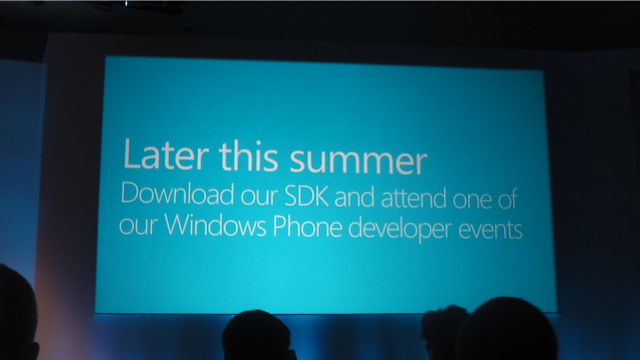 Now though, with yesterday's public launch of Windows Phone 8, Microsoft announced at today's BUILD 2012 conference that the SDK available for all developers. With the first WP8 devices due to get into consumers' hands in a matter of days, the race is now on for devs to update their apps to take advantage of the capabilities of Microsoft's new mobile OS.

You can grab the Windows Phone SDK 8.0 from the Microsoft Download Center right now.