This week has been a little more quiet in the Windows Store, but there are a few important things you may have missed. As usual, our roundup will get you up to speed with everything that has been going on in the world of Windows apps, good and bad.

If you're a Windows Insider running one of the builds from the Redstone 1 branch (such as the recently released build 14328), you have early access to a Mail and Calendar app update that brings a number of notable improvements. Don’t worry if you’re not an Insider, as the new changes will become available to everyone in a few weeks.

The new update allows you to open emails in a new window, work with .eml files, and you also have new printing options in Calendar, such as work week and multi-day views. 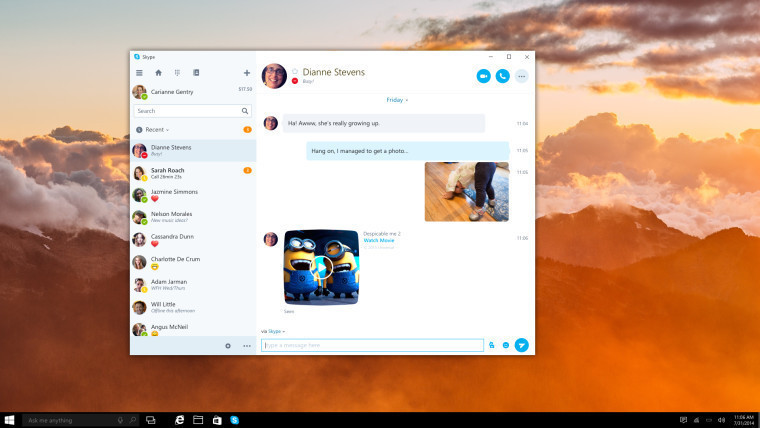 Another perk for Windows Insiders – if you can call it that – is access to the Skype UWP Preview app, which is currently pretty bare bones. The app received an update this week, which adds group features – such as the ability to send group messages, and set up group audio or video calls with up to four people at once.

In addition, you can now edit or delete messages, but since this app will replace desktop Skype, it still has a ways to go. It’s also worth noting that despite its UWP sticker, the new Skype app is only available on PC for now. The Skype team says that we’ll see it on mobile devices “soon”, and if you’re running build 14328, you may have noticed that integration with Messaging is already gone. 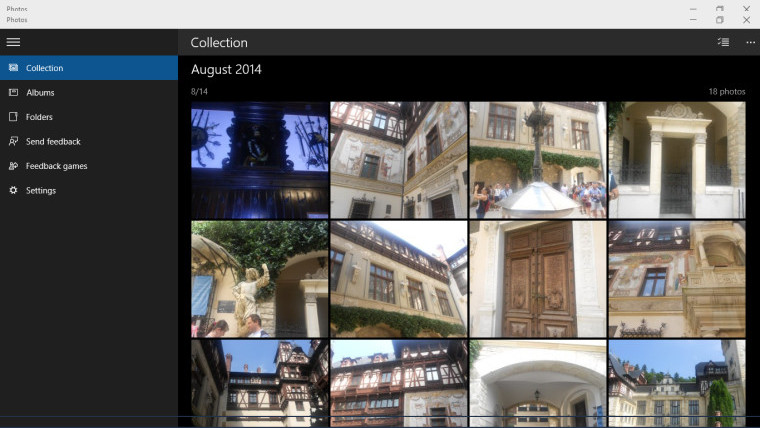 Microsoft Photos is another app that received a significant update this week, and this one is not limited to Windows Insiders. On PC, importing photos just got a bit easier, with the option to ‘select all’ and clear a selection (but no “invert selection” yet), as well as the ability to edit slow-motion videos captured with a Windows phone.

There are also some UX improvements, such as faster syncing with OneDrive, and less wait time before you can edit lighting in photos taken in HDR mode. Another nice touch is that selected items can’t be unselected unless you cancel or take an action on the selection – useful in preventing the frustration that comes with the accidental clearing of a selection.

Speaking of selections, it would be nice to see developers implement a way to easily select multiple items at once, such as using swipes to select a row, a column, or just a starting point and an end point for selecting a large group of consecutive photos/videos. It would fit perfectly with Microsoft’s “do more” mantra.

If you’re not a fan of the default Calendar app in Windows 10, there are several alternatives in the Windows Store, one of which is Hope Calendar. The app was updated this week to version 2.0, which brings the ability to set a “dark theme”, as well as better date and time format compatibility for different countries.

Furthermore, tapping an appointment now offers you details right on the spot, whereas in the past it would send you to Microsoft’s Calendar app. If you’re wondering how this app differentiates from the rest, two notable features are the “heat map” - which offers you an overview of how busy you’ll be throughout the week, and a live tile that shows you up to five new email notifications.

It’s also worth noting that this app is only available on Windows 10, and accessing the app’s complete feature set requires an in-app purchase ($1.99). The basic features are free (ad-supported), and you can remove the ads for $2.49.

If you’re not familiar with TeamViewer, it is a no-frills remote desktop app, and one of the best universal Windows apps available. This week, the app was updated to add support for Continuum and integration with Cortana.

This is a very good example of a use case where Continuum makes sense, and now you can use TeamViewer on your Windows 10 Mobile handset just like you would on a PC, with support for keyboard and mouse, as well as using your phone’s screen as a touchpad. 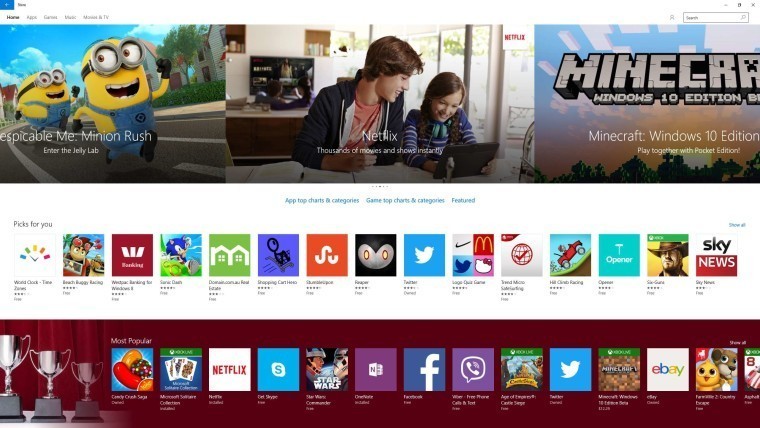 Although it’s not yet available in the Windows Store, it won’t be long before you can test the new VLC app that will be universal across the entire spectrum of Windows 10 devices. You’ll only get to test it on PC though, as developers are still working on bringing a stable app to the rest of the Universal Windows Platform.

The new VLC app features an improved UI that is more in line with Windows 10 design guidelines, and even though at first it’ll have pretty much the same functionality as the existing Windows 8.x app, developers will add new features every week. The list includes support for aligning with the new accent color and light/dark theme settings in the upcoming Windows 10 Anniversary Update, integration with Cortana, and Continuum, among other things.

An app that caught our attention this week is a photo editor called Old Look. As the name suggests, it offers a variety of tools that help you to make your photos look like they were taken with very old equipment from the black-and-white era.

There are 50 presets to choose from, and the tools include:

The Old Look app has received mostly positive reviews, and it is available for free at the time of writing this article (normally $1.99).

IFTTT may be planning on building a Windows 10 app, which is great news for those of you out there who like to automate various tasks, but happen to be locked in Microsoft’s ecosystem, which doesn’t currently have an official IFTTT app. Before you get too excited, there’s no clear confirmation yet, but this would be a great addition to the Windows Store.

For those of you who don’t know, IFTTT stands for “If This Then That”. You can use IFTTT to create “recipes”, meaning you set up a link between two services, and make a change on one service trigger an action on the other one, one example being if you want every Facebook photo that you’re tagged in to be saved to a cloud storage service like Dropbox. 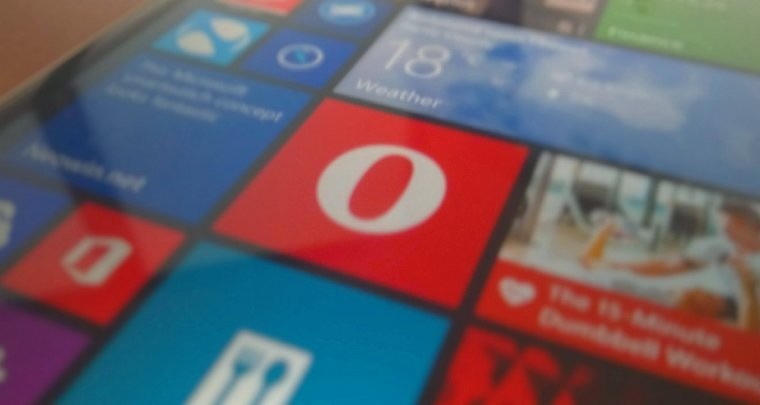 If you’re using Opera Mini on your Windows phone, know that there’s little chance that Opera will update it in the future (except to fix security holes and bugs). From now on, the development team will be focusing all of its mobile efforts on iOS and Android, but the good news is that Opera says that developing a Windows 10 app is not completely out of the question in the future. 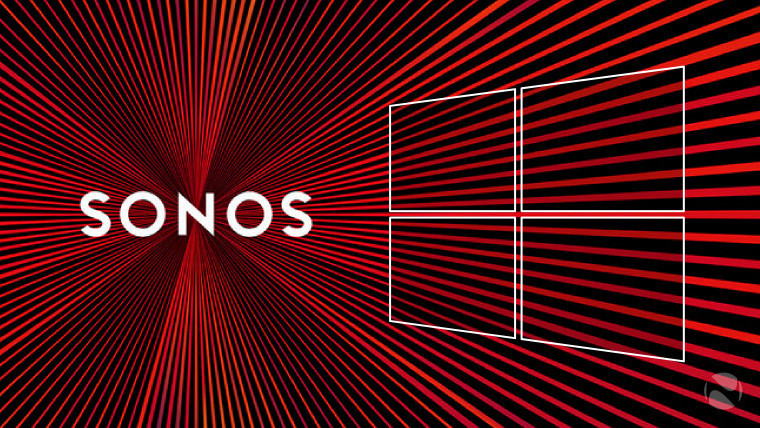 Sonos doesn’t plan on developing a Windows 10 app at all. The company will still support Microsoft’s Groove Music service, but some of you will probably be disappointed to see yet another brand that ignores Microsoft’s Universal Windows Platform.