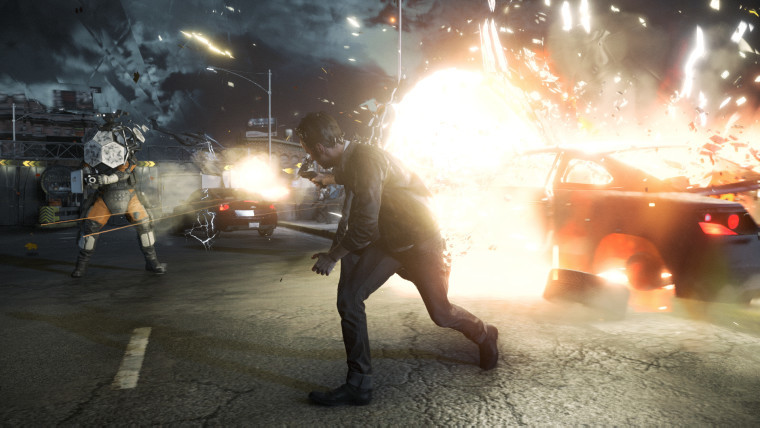 "Quantum Break," the long-in-development exclusive Xbox One game from Remedy Entertainment, has been delayed until 2016, the developer announced today.

Originally slated for a 2014 release, the game was later delayed to 2015 before today's announcement that the game will be pushed back even further. In a statement published on Remedy's website, however, Microsoft said the move was simply because of its Xbox One games portfolio this year.

"With so many Xbox One games launching this year, moving Quantum Break to 2016 extends our incredible portfolio into next year with a monster new IP," said Shannon Loftis, head of publishing at Microsoft Studios.

Very little information has been released about the game in the past year, and no new footage has been released since an in-game demonstration at the gamescom conference in August 2014. Remedy's website describes the "Quantum Break" as a new property that "fuses an intense action game with top-of-the-line live action elements into one revolutionary entertainment adventure."

"Quantum Break" was among the first games Microsoft announced for its newest console, having been officially revealed on May 21, 2013. At the time, Remedy said the game "blurs the line between television and gameplay," though nothing has been revealed regarding its filmed portions. Microsoft and Remedy previously partnered on the Xbox 360 exclusive "Alan Wake."