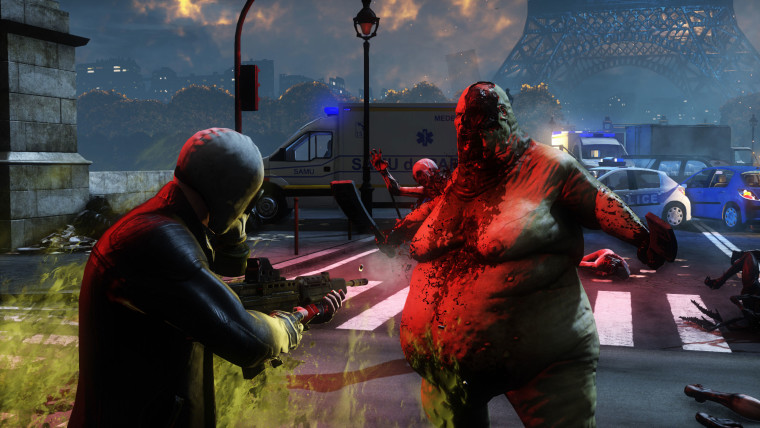 A few days ago, Tripwire Interactive announced that its hit game Killing Floor 2 would be coming to the Xbox One, with Microsoft’s upcoming Xbox One X console getting an enhanced version. In a statement to Wccftech today, Dave Elder, Senior Graphics Programmer of the game, has unveiled a few details about that version's frame rate and resolution and commented on how little effort was required to port the game to the Xbox One X:

Xbox One X was a very smooth and easy platform to develop for. It took very little engineering effort to get our base Xbox One game running on the Xbox One X. It took maybe 4 hours of programming effort total.

Killing Floor 2 runs at native 1800p, fixed resolution (no checkerboarding) on Xbox One X. We did experiment with true 4k rendering, but the frame rate drop was a bit too significant. 1800p provides the optimal balance between visual quality and performance in Killing Floor 2.

We don’t have a specific frame rate target for XBox One X, although the game does run at higher frame rates than the base Xbox One, even at 1800p resolution. We will be using Ultra textures on Xbox One X. We are also increasing the resolution of our shadow maps and shadow draw distance.

In comparison to the PlayStation 4 Pro, the Xbox One X version has one distinct advantage, the use of fixed resolution. Sony's console also features Ultra textures and runs at 1800p, though it uses checkerboard rendering rather than native resolution.

The cooperative survival shooter is coming to Microsoft’s Xbox One family of consoles on August 29th with a $39.99 price tag and will include all three of the previously released content packs (The Tropical Bash, The Descent, and Elements of The Summer Sideshow) for the PC and PlayStation 4.