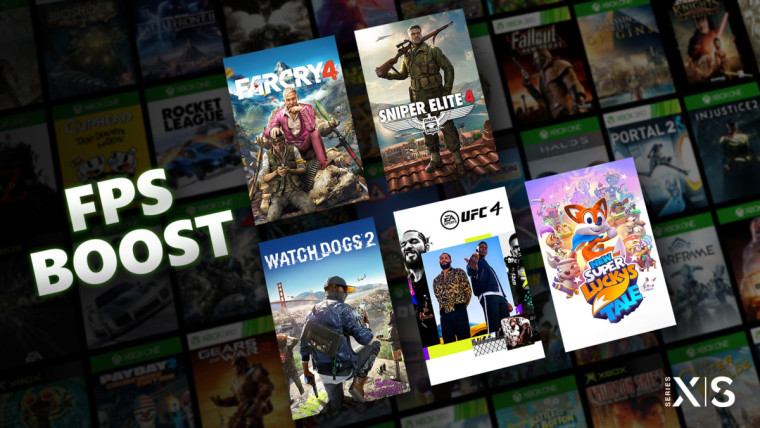 With the Xbox Series X|S, Microsoft always promised the new consoles would not only allow you to enjoy games from every Xbox generation but also that they would be the best way to do so. The consoles are much more powerful than previous hardware, and developers can leverage that power to run backward-compatible games with improvements like adding HDR support.

One of the improvements Microsoft mentioned was the ability to play games at higher frame rates than they were originally designed for, and now, that's happening. Microsoft has announced FPS Boost, a feature of backward compatible games on Xbox Series X|S that does just that, and it also revealed the first games to support it.

There are five games in the first batch of games with FPS Boost support, which is rolling out today - Far Cry 4, New Super Lucky's Tale, Sniper Elite 4, UFC 4, and Watch Dogs 2 - but Microsoft promises more are being added soon. In this first batch, you'll notice that New Super Lucky's Tale can now run at 120 frames per second, and UFC 4 will now support 60 frames per second specifically on the Xbox Series S, though it's only logical that the Series X supports it as well. Some of the titles on this list, and upcoming games as well, are part of the Xbox Game Pass library, and you'll get access to the upgrades all the same if you play the games that way.

With an upcoming system update this spring, Xbox Series X|S users will also have new settings to enable or disable these features. In the Manage Game page, there will be a section called Compatibility Options where it will be possible to turn FPS Boost and Auto HDR on or off for supported titles.