Chinese smartphone maker, Xiaomi, might also be getting into the VR market with a headset of its own. The company posted a teaser with August 1 as the launch date on its regular Weibo account, while another account dedicated to VR has also been discovered. 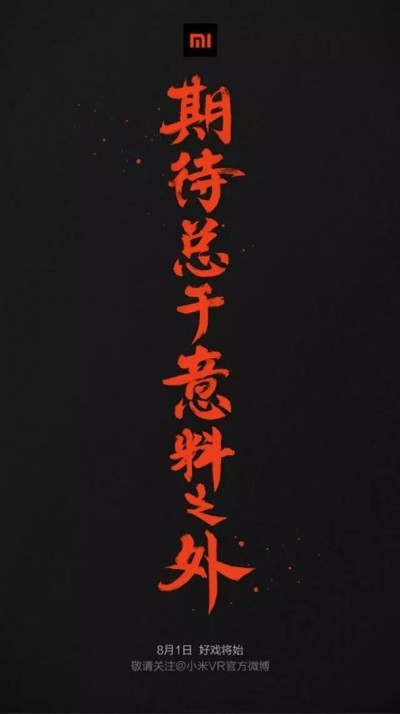 For the Chinese, Xiaomi is a little more than just a smartphone maker as the company also manufactures various appliances such as a rice cookers, ACs, air purifiers and other electronic goods that aren't available elsewhere. However, VR is an area where it does not have any offering as of yet.

If Xiaomi does launch a VR headset tomorrow, it most likely will be priced aggressively to compete with the likes of Samsung Gear VR, LG 360 VR or OnePlus Loop VR. With Samsung allegedly preparing to launch the next version of its headset for $90, it will be interesting to see how Xiaomi positions its product. According to GizmoChina, Xiaomi might also release VR content such as videos, in addition to the headset.

Xiaomi's Weibo account dedicated to VR, simply named @XiaomiVR, has also posted a teaser image which can be seen above. We will have to wait for another day to know what the company has in store for its customers.