Xiaomi's Global Product PR, Agatha Tang, has taken to Twitter to share the latest Mi Mix 4 teaser. Captioned as "Innovating on innovation", the tweet highlights an impressively thin bezel design devoid of any notch or a punch-hole. The post also confirms that the Mi Mix 4 will break cover on August 10.

Much like its predecessors, the Mi Mix 4 is set to push the envelope in the design department. As per multiple rumors, Xiaomi is planning to debut its under-display camera technology with the next Mi Mix handset. The brand has been working on this particular feature since 2019. After showing off a prototype, the company had revealed its plans to release a handset with an under-display camera in 2021.

Xiaomi isn't the only brand in a race to perfect the "invisible" selfie camera. ZTE has already announced the Axon 30 5G with an under-display camera in China. Moreover, the South Korean giant Samsung's upcoming Galaxy Z Fold 3 is tipped to feature the same technology. Oppo too showcased its version of the invisible selfie camera yesterday.

As per the previous leak reported by GSMArena, the Mi Mix 4 may also feature a secondary display at its back. It will probably be larger than the one seen on the Mi 11 Ultra. It is rumored to be powered by Qualcomm's Snapdragon 888 chipset and is expected to feature a 4,500mAh battery with 120W fast-charging technology. A couple of days ago, we also got a chance to watch the Mi Mix 4's display in action, thanks to Ice Universe.

For Xiaomi, the Mi Mix series has always worked as a launch vehicle for its hardware innovations. Unveiled in 2016, the first Mi Mix concept was designed in collaboration with French industrial designer, Philippe Starck. The handset opted for bone-conduction audio to get rid of the conventional earpiece to achieve a cleaner design. It also moved the selfie camera to the bottom right corner to deliver a very thin top bezel. 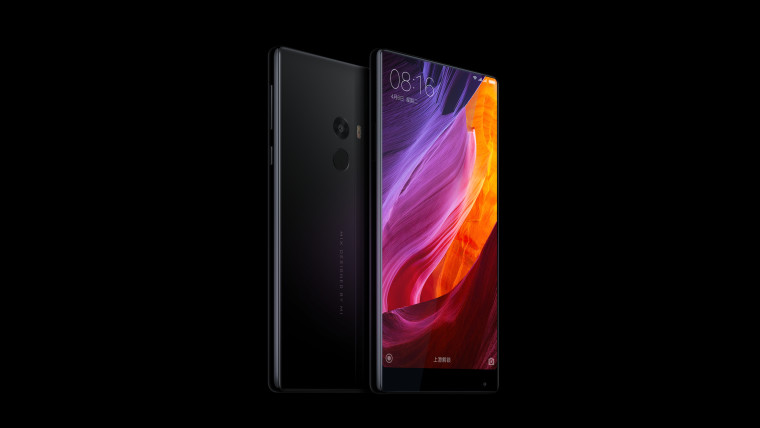 The Mi Mix 3 made headlines too with its 93 percent screen-to-body ratio made possible by its unique magnetic slider design. More recently, the series added the outlandishly designed Mi Mix Alpha and Mi Mix Fold smartphones.