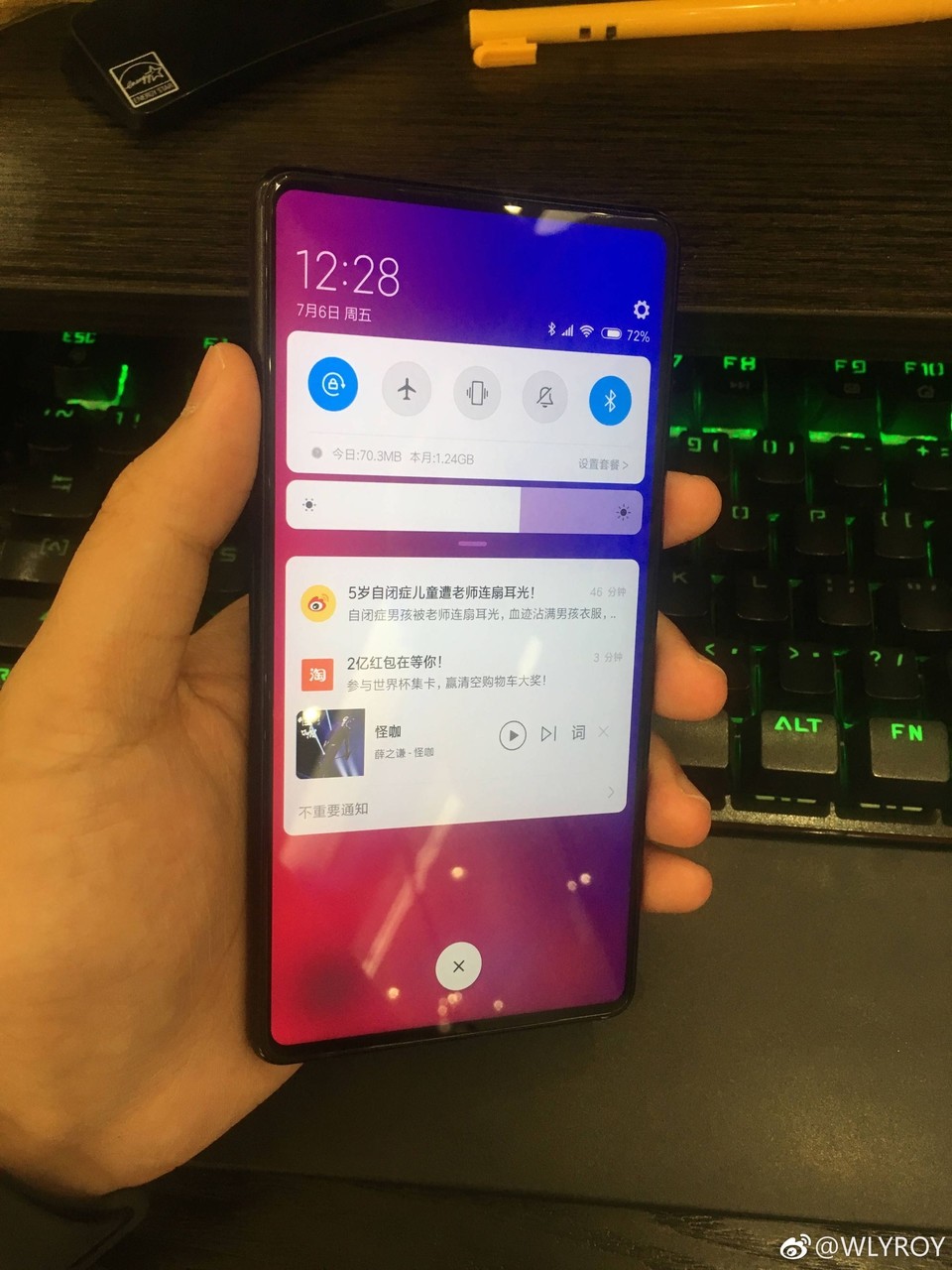 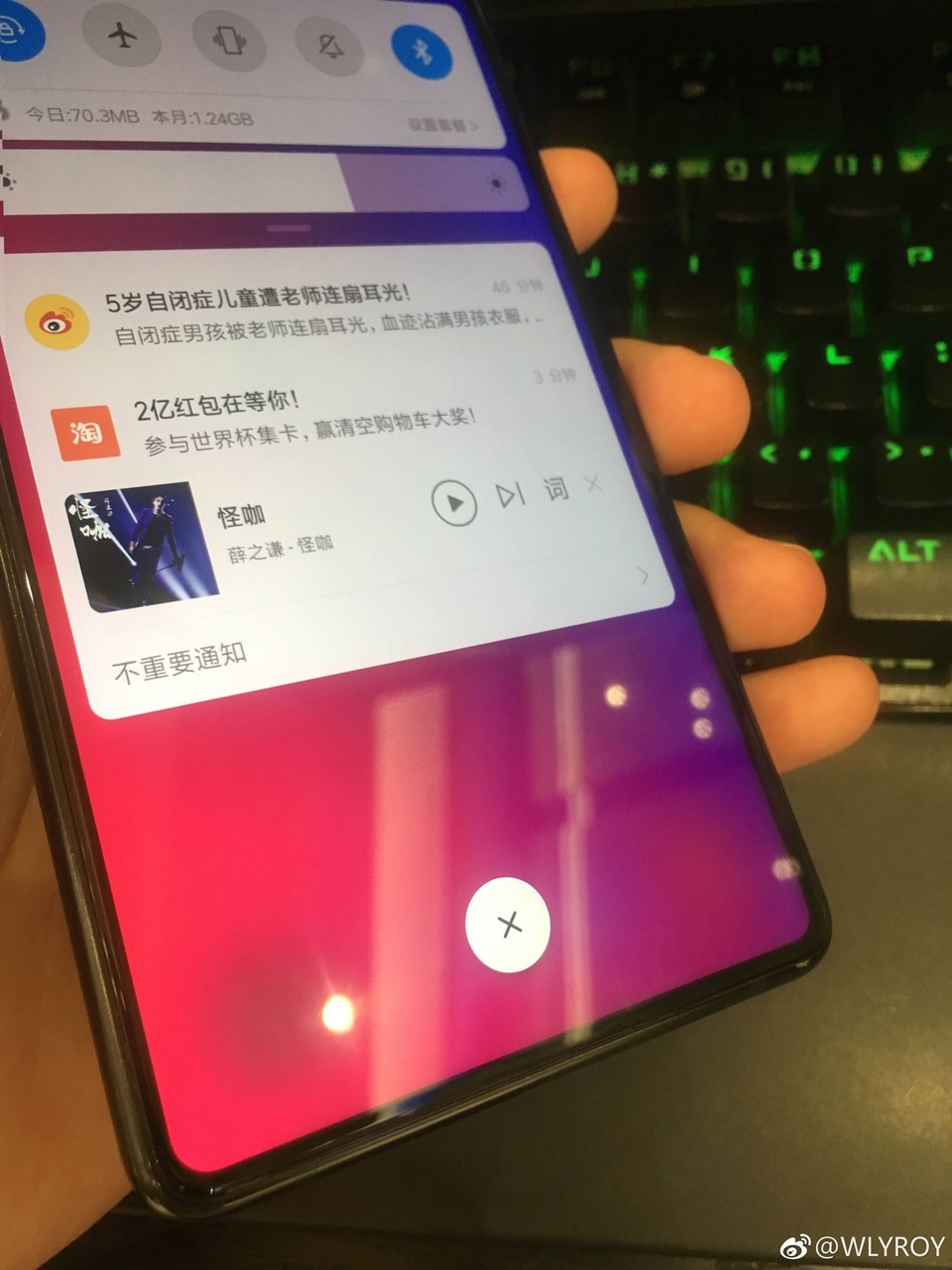 The Mi MIX 2S didn't really change much from a design standpoint when compared to its predecessor. While it still looked quite sleek with its thin bezels around most edges of its display, there was still the matter of its bottom chin. Although no official word has been released, it looks like Xiaomi could be ready to correct the bezel problem with its successor.

If new leaked images are to be believed, the Mi MIX 3 could arrive looking more refined. As you can see from the photo in the article, the upcoming handset will minimize the bottom chin. That means that this time, the bezels all around the display will be fairly uniform and thin. This might leave some to wonder where the front-facing camera will be located.

Much like the OPPO Find X or the Vivo NEX models, it is speculated that the Mi MIX 3 will have a motorized pop-up camera. While this all sounds very interesting, these are just rumors for now. There is no word currently on when this device will arrive but hopefully, it will be announced soon.