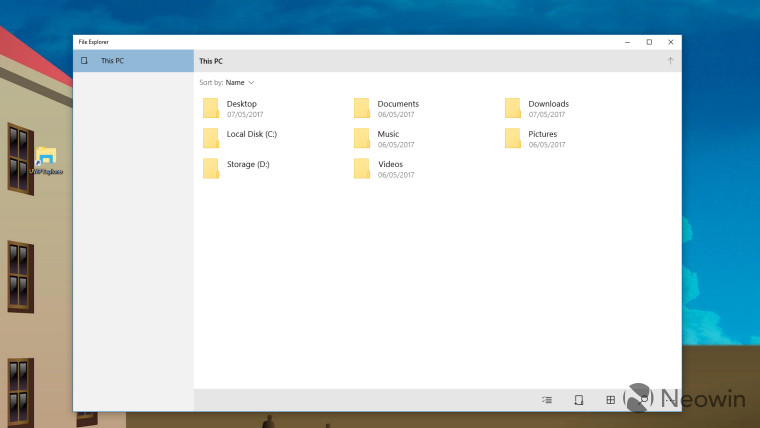 In recent years, Microsoft has generated much fanfare about it's 'One Windows' and Universal Windows Platform initiatives, aiming to merge the functionality and core of its OS on the desktop, mobile and console side. While this vision is getting ever-closer to becoming a reality,especially in the recent releases of Windows 10, Microsoft is far from done.

As is expected of avid Microsoft users, they are quite curious regarding the firm's plans in this regard, and one such user has now found a hidden way of accessing the UWP version of File Explorer on the Windows 10 Desktop, which is, of course, already available on Windows 10 Mobile. Mind you, this is, still a work in progress, hence the indirect means of accessing it, so it's not very stable. That said, for those who like to keep track of Microsoft's every move, it might prove interesting.

To access it, you will first and foremost need to be on Build 15063 or above. Then, right click on the desktop and select 'new' and 'shortcut'. When prompted for the location of the item you want to create a shortcut for, manually paste the following string into the box:

Voila! You can now use the shortcut to access the UWP File Explorer. It's obviously not much, it's buggy, - having crashed on the very first attempt to access it - and lacks a plethora of features that the classic File Explorer offers. It could also be potentially useful for those who find the icons on the regular version of File Explorer a bit too small, provided it becomes more stable in the future.