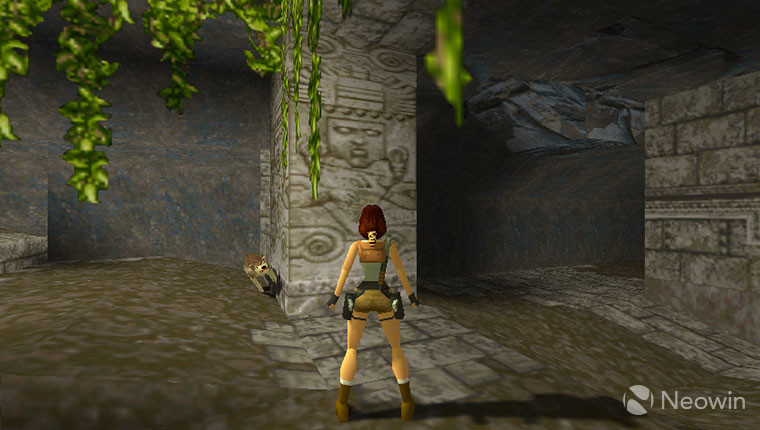 Back in 1996, the original version of Tomb Raider was unveiled, kicking off a series of no fewer than 16 games after it, on a variety of platforms. For those who either don't own the disk anymore or just want to experience a bit of gaming nostalgia, a new browser-based variant of the original game is available.

Created by modder XProger, OpenLara as it's being dubbed, was inspired by a project called OpenTomb. Essentially, the latter of the two is a new implementation of the older Tomb Raider 1 through 5 engines, and does not use any of the Tomb Raider source code. This is because it couldn't be obtained, despite many requests from the community to both the now defunct Core Design, the original developer, as well as Eidos Interactive, the publisher.

OpenLara allows you to play level two of the game (City of Vilcabamba) with an unlocked framerate - the original being locked at 30 FPS - and the ability to switch between third- and first-person view. There's also a browse function, which allows you load Tomb Raider's other levels, if you have them stored on your PC.

It'll be interesting to see if the project ends up being taken down, like the Super Mario 64 browser clone. Even though Core Design doesn't exist anymore, Eidos Interactive was bought by Square Enix in 2009, which means the Japanese developer and publisher now owns the rights to the Tomb Raider franchise. This fan-made browser variant is probably not going to sit to well with Square Enix, especially given the upcoming Tomb Raider movie.

One thing to keep in mind however, is that there may be some clipping, as seen in the main image above, and the actual size at which you do play is rather tiny. That said, if you aren't deterred by this, head over to this link to play OpenLara, and to this GitHub page to learn more.