Microsoft originally released the Windows 10 October 2018 Update a couple of months back but pulled it from circulation after only a few days following complaints of files being deleted, bugs in Task Manager, internet connectivity issues, and more.

In the second half of December, the update was made broadly available but only for "advanced" users who actively seek it out by pressing the "Check for Updates" button in Windows Update. Microsoft has now announced that it is going a step further by automatically rolling out the update in phases. 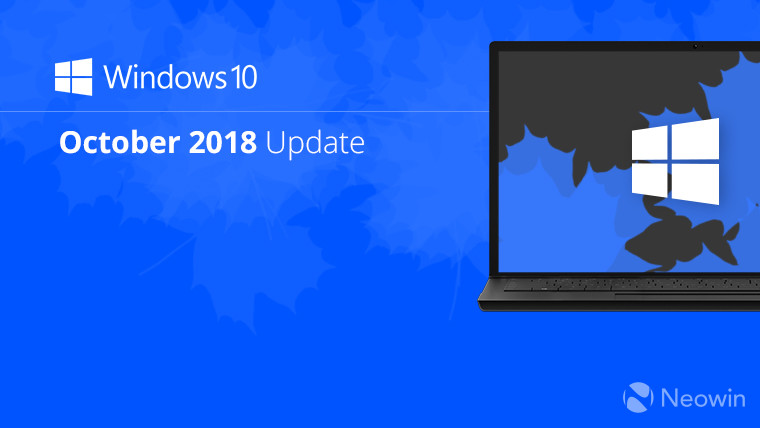 As spotted by Windows Latest, Microsoft has updated its dedicated support page to announce that it is beginning the automatic phased rollout of the October 2018 Update, with users with the most suitable devices getting the feature update first. The support document now reads:

While no major issues have been spotted with the October 2018 Update since its re-release, minor problems have cropped up intermittently. As such, it is better to be on the side of caution and to actively backup your data before your PC is automatically offered the Windows 10 October 2018 Update as a part of Microsoft's phased rollout plan.