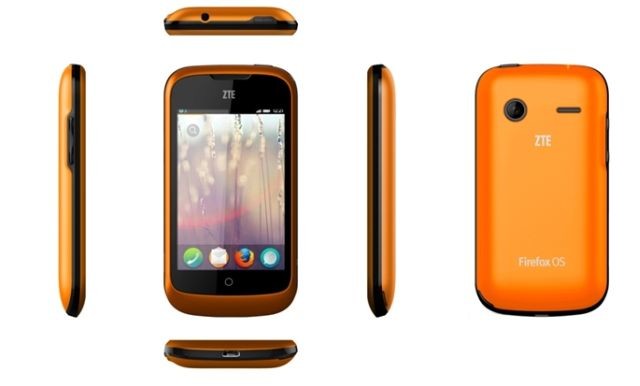 Later this week, US and UK residents will finally be able to purchase the first smartphone that runs on Mozilla's HTML5-based Firefox OS, the ZTE Open. The phone, which launched in July in Spain and other parts of Europe, will go on sale via eBay in the US and UK on Friday.

ZTE's press release states that the price of the ZTE Open in the US will be $79.99, with the UK's price set at £59.99. Both the UK and US versions will be sold with an orange color and will be unlocked so they can be used on a variety of wireless carriers with no contracts. The Friday, August 16th launch date is a rather large change on the Firefox OS road map compared to what Mozilla announced earlier this year, when it said that US residents would have to wait until 2014 to get their first Firefox OS smartphone.

When the ZTE Open was first announced in February, it showed that it was a rather low end device on the hardware side with a 3.5 inch display, a single core processor, just 256 MB of RAM and a 3.2 megapixel rear camera. It will be interesting to see if the phone's low price with no contracts will attract US and UK smartphone buyers.