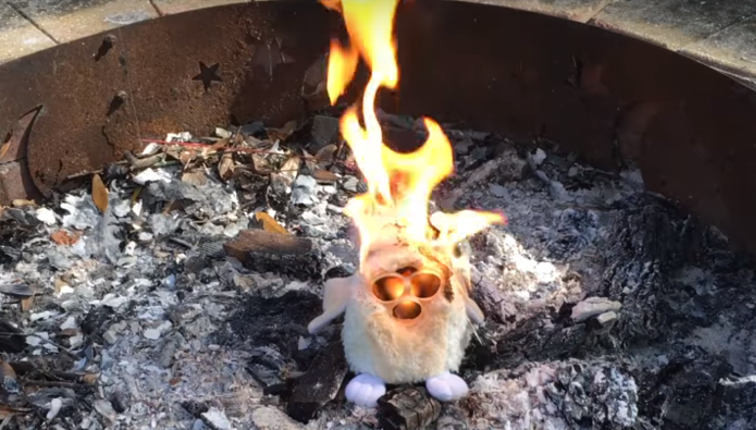 "Let's just say I am more sass than mass" are the words that Furlexa, a reincarnation of Furby, mutters as it is being handled by its creator 'Zach' from Howchoo a DIY enthusiast community.

Zach made Furlexa by replacing and adding new components to a Furby, the children's toy from the 1990's. He placed a Raspberry Pi Zero microcomputer inside the body of the toy replacing its original CPU, updated the microphone and speakers, and then programmed it to run the open source version of Amazon's AI-powered smart assistant Alexa. Zach has described his work as essentially making a Furby into an Amazon Echo, but anyone can follow the same procedure and turn almost anything into the digital assistant.

Zach used the Python coding language to piece parts of it together, and the Raspberry Pi Zero gives the Furby its "brain" to operate the smart assistant. Zach didn't fit a new battery system but instead plugged in an AC adaptor so that it can stay powered on his desk.

The result is a Furby that can be activated by speech, and once it is prompted it essentially runs the Alexa assistant system while the facial and body mechanics of the original Furby move to try to make it seem like the Furby is talking. So just like with any other digital assistant, the Furlexa can be programmed to control the lights in your home, as well as be asked complicated questions like "Furlexa, what is Skynet?" to which Furlexa will respond with an answer informed by an internet search.

For anyone concerned about the top image, it's a test that Zach ran in order to see how flammable his creation might be in case any of the new parts overheated. His conclusion was that the parts would probably not get hot enough, and weren't in contact with Furby's fur so it would most likely not self-immolate.

Zach apologized for his creation, and it may be the case that some people with less fond memories of Furby will see this as the stuff of nightmares. But not everyone will have the same memories of the stubby little creature and many might think this is an excellent DIY alternative to what are generally quite plain looking smart assistant speakers.