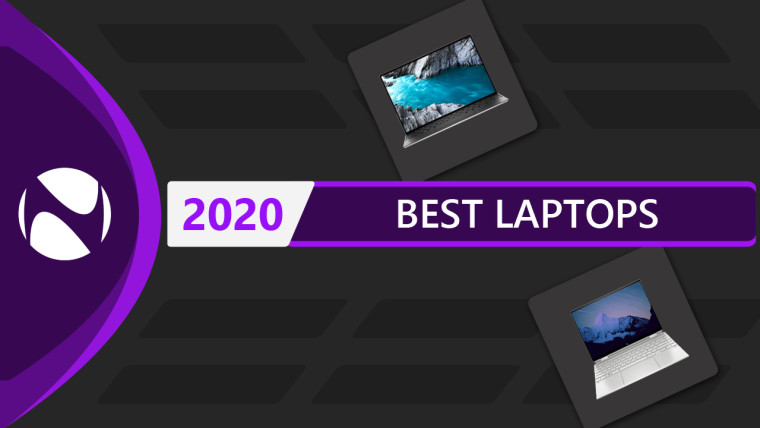 It's once again that time of the year — the time to take a look back at what happened in 2020. For laptops, we've added a 'most innovative' category just to talk about some of the really fun things that OEMs are doing, and we added a 'best for creators' category. We're also getting rid of the 'best tablet' category, combining it with 'best thin and light', and combining 'best 15-inch convertible' and 'best 15-inch clamshell'. Finally, 13-inch categories are becoming 'compact'.

Microsoft's Surface Pro X is largely the same product as the one that we called 'best tablet' last year, getting a very minor refresh. It now comes with an SQ2 processor, which really only offers a clock speed bump over the SQ1. It still has 4G LTE connectivity, a 13-inch 3:2 display, a pen garage in the Surface Keyboard, and weighs in at 1.7 pounds.

Other improvements this year are cosmetic. If you get one of the SQ2 models, which actually start at $1,499 because Microsoft didn't include the new chipset in configurations with 8GB RAM (it doesn't actually cost more than SQ1 models), you can get it in a new Platinum color. There are also new colors for the Surface Keyboard, making it more of a traditional Surface product.

The EliteBook x360 1040 G7 is one of my favorite PCs all-around, and a big reason for that is because I really think it has the best keyboard on the market. But HP also has a ton of great features for businesses when it comes to its Elite lineup. You can get it with a Sure View Reflect privacy display, something that you can turn on so people won't be able to look over your shoulder while you're using it. There are also options for 4G LTE, so you don't have to worry about insecure public Wi-Fi while on the road.

Every year, it's a toss-up between HP's EliteBook 1000 series and Lenovo's ThinkPad X1 series, but HP has come out ahead in the last couple of years. Dell has a new Latitude 9000 series, but personally, I feel like that's not competing with HP's and Lenovo's top brands just yet.

When I reviewed this year's Dell XPS 15, I called it a MacBook Pro killer. Part of the reason was that the touchpad is so big, something that I hadn't seen a Windows OEM do. But also, this was a big redesign year for the XPS 15; in fact, it was the first major redesign in half a decade. It now has a larger 16:10 display while still shrinking the footprint due to even smaller bezels.

In fact, everything about it seems to be improved, and it's a delight to use. It's powerful too, with Intel's 10th-gen H-series processors and Nvidia's GeForce GTX 1650 Ti graphics.

Acer's ConceptD 3 Ezel is one of those PCs that I fell in love with just for how unique and pleasant it is. It has a Pantone-validated display, and while it's powerful with Intel's 45W processors and up to Nvidia's RTX graphics, it's still a convertible. It even has a pen garage so you can easily draw while always having the pen with you.

The ConceptD 3 Ezel has a minimal white design, and the keyboard has an orange backlight. It's an excellent PC for creators.

Also, the Yoga 9i 14 is just a lot of fun. It maintains its Dolby Atmos rotating soundbar in the hinge, there's a new TrueStrike keyboard, and it comes in a new Shadow Black color with a leather lid.

Just like the XPS 15, the XPS 13 got a redesign this year. It was the first XPS clamshell to get the new 16:10 look with the chopped down chin, and it's lovely. It also puts the IR camera back in the top bezel, has a bigger touchpad, and more. In fact, not only was it redesigned back at CES, but there was another new XPS 13 that arrived later in the year, refreshing it with Intel's 11th-generation processors, Thunderbolt 4, and more.

It's a Windows 10 PC with a foldable OLED display, and it's the first one to use the technology. It's pricey, and it's definitely got some kinks to work out, but it's pretty awesome. You can prop up the 13.3-inch tablet on a kickstand and use the Bluetooth keyboard with it, or you can magnetically attach the keyboard for a smaller, 9.6-inch laptop.

Naturally, you can use it in book mode, with two apps side-by-side. For example, you can have a reference document on one side and OneNote on the other, taking notes with the pen. I'd love to see this product with Microsoft's Windows 10X, whenever that's available.

HP's Spectre x360 convertible is what I consider to be the best of the best (yes, better than the Yoga 9i 14 that I mentioned above, hence the asterisk). Let's start with the design. The Spectre x360 uses gem-cut edges and flat corners for a unique and stylish look. And it comes in colors like Poseidon Blue with silver accents or Nightfall Black with copper accents.

Aside from the design and the display, the Spectre x360 is still a phenomenal convertible, no matter which size and aspect ratio you go for (there's even a Spectre x360 5G). It's got an awesome keyboard, Intel Tiger Lake CPUs, Thunderbolt 4, and more.

What do you think of our top picks for 2020? Let us know your picks in the comments!