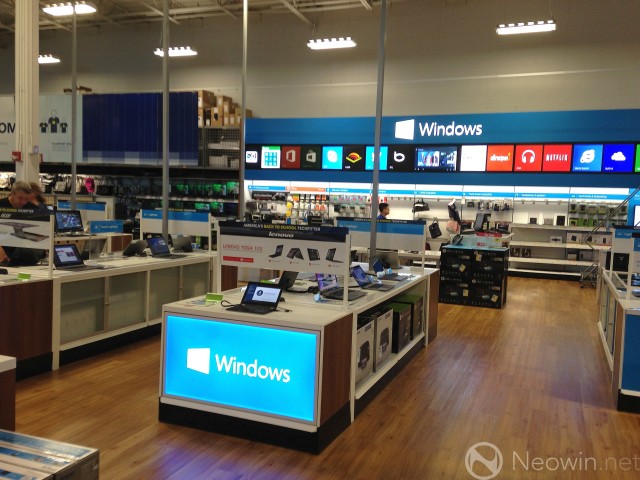 A few weeks back, Microsoft announced it would be opening up miniature Microsoft Stores inside Best Buy. Neowin was able to visit one of the first locations to roll-out the new design, located in San Francisco, and snapped a few photos to show you the layout. 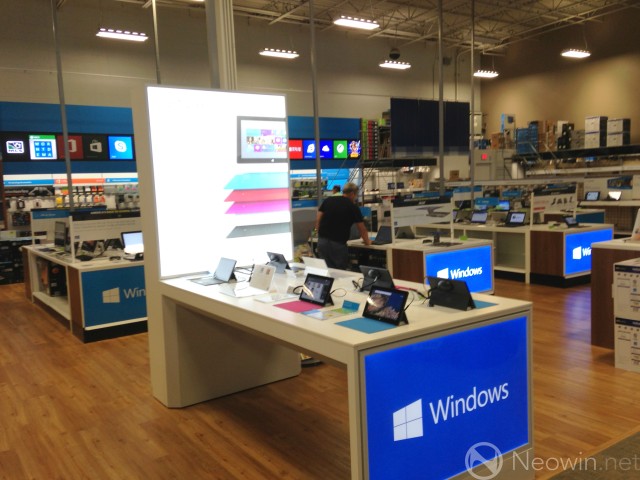 The area was much larger than we were initially anticipating. The Apple SWAS (store within a store) was considerably smaller than the Microsoft setup. We used the Apple comparison because we know that many of you have likely ventured into a Best Buy and seen the Apple setup; to compare the sizes, Microsoft’s SWAS was about twice as large as Apple’s. 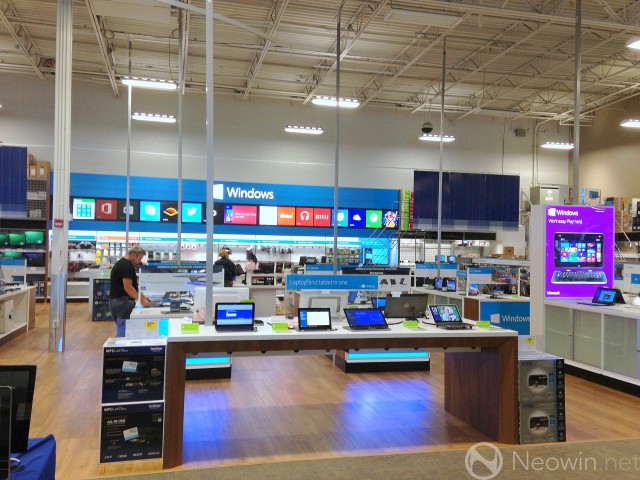 There was one individual who appeared to be stationed within the Microsoft section that was assisting customers and was also well versed on Windows 8. The Microsoft SWAS, as seen in the photos, was full of touchscreen devices running Windows 8 in various form factors.

We will be curious to see how these Microsoft SWAS play out over time and if they help Microsoft move more consumers to Windows 8/8.1. As for now, the stores look good and the Microsoft branding is hard to ignore. 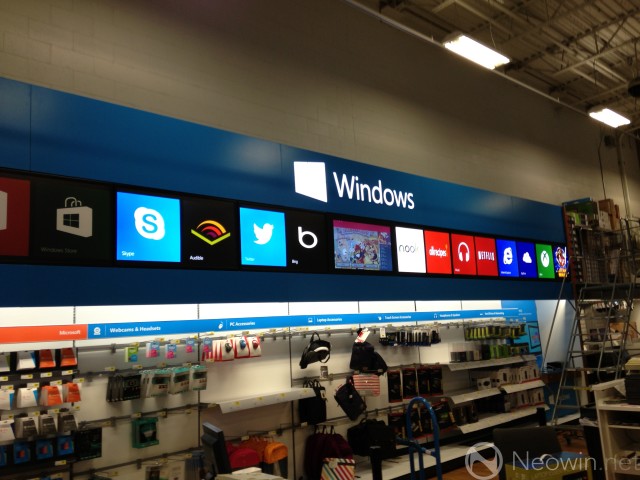