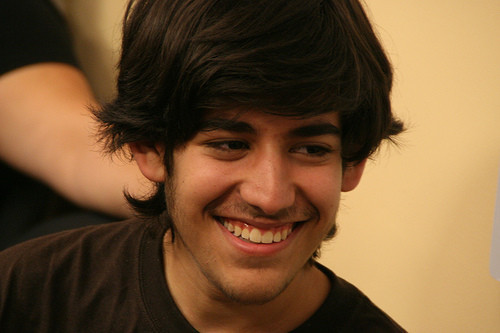 The Internet community is still reeling from the news this weekend that Aaron Swartz, the co-author of the RSS 1.0 specification and one of the co-founders of Reddit, committed suicide at the age of 26. On Saturday, the family of Aaron Swartz release their official statement, and they place the blame squarely on the people who were going after him for his action of taking over 4 million academic documents from the Massachusetts Institute of Technology and the JSTOR archive in 2011. His trial was scheduled to begin in April.

In their statement, the family of Swartz says:

Aaron’s death is not simply a personal tragedy. It is the product of a criminal justice system rife with intimidation and prosecutorial overreach. Decisions made by officials in the Massachusetts U.S. Attorney’s office and at MIT contributed to his death. The US Attorney’s office pursued an exceptionally harsh array of charges, carrying potentially over 30 years in prison, to punish an alleged crime that had no victims. Meanwhile, unlike JSTOR, MIT refused to stand up for Aaron and its own community’s most cherished principles.

Swartz's funeral will be held on Tuesday in Highland Park, Illinois. Meanwhile, the family has set up a website where people can post messages about their own memories of Swartz.

The reaction from the Internet community to Swartz' death is still being felt. CNet.com reports that researchers have released many of their own scientific papers in PDF format via Twitter, using the hashtag #pdftribute. JSTOR has also issued its own statement, saying that it joins "... those who are mourning this tragic loss." It added that Swartz had already returned the documents he took from JSTOR and had settled all claims against him. Earlier this week, JSTOR announced that the general public would be able to access many of its journals for free, but on a limited scale.