Microsoft has announced its "get on the bus" tour of North America.

During the tour Microsoft will demonstrate the new features of Windows 7 and Office 2010 on a bus. In January 2007 Microsoft set off on a Windows Vista coach tour that featured comfy leather recliners, wireless internet, Xbox 360s and free copies of Windows Vista.

Registration for the get on the bus tour will begin on Monday and the bus will stop at the following locations: 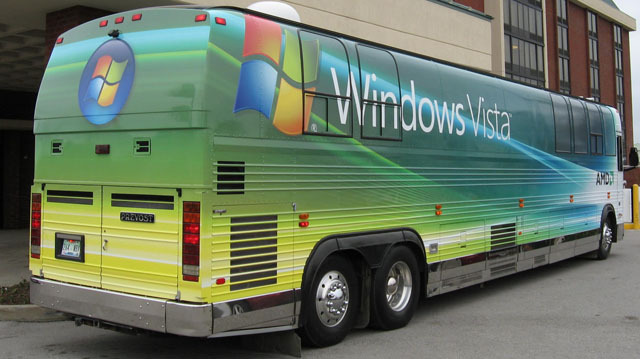