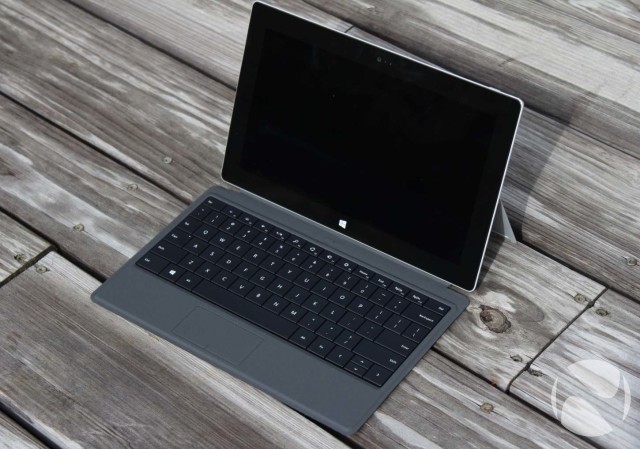 If you own any of Microsoft's Surface tablets, you will be getting an automatic firmware update today. That's the word from Microsoft's newly updated support pages for all four hardware products. As you might imagine, the bulk of the updates will be made for the newest versions, the Surface 2 and Surface Pro 2.

The Surface 2 tablet's firmware change log states that the update will fix an issue that was causing its screen to dim if its CPU was working under "intensive" conditions. The update also decreases the charge time for its batteries, improves the video quality of its Skype app, optimizes the use of two fingers on its trackpad and adds more support for external displays. Finally, the Surface 2 update will fix a problem that was causing restart issues when Bluetooth devices were connected.

The Surface Pro 2's update history shows that today's firmware download will also improve two finger support on its trackpad. In addition, the update offers improvements in "system stability, including when minimizing full screen games." The Surface Pro 2's Wi-Fi driver has been updated for "improved wireless display and connectivity with wireless access points." The tablet will have better interaction with its Cover attachments, "including power-saving sleep functionality." All apps that run on the Surface Pro 2 will get color fidelity improvements. Finally, there should be some audio enhancements when the tablet is connected to a Display Port 1.2 device.

The original Surface tablet (also known as Surface RT) will get a Home Button driver improvement in its firmware update today that will "optimize available system memory" along with an audio device driver update made to enhance trackpad sounds for the Type Cover 2 accessory. The Surface Pro gets an firmware update if it is running Windows 8.1. It will have a new Wi-Fi driver for an "improved wireless display experience."