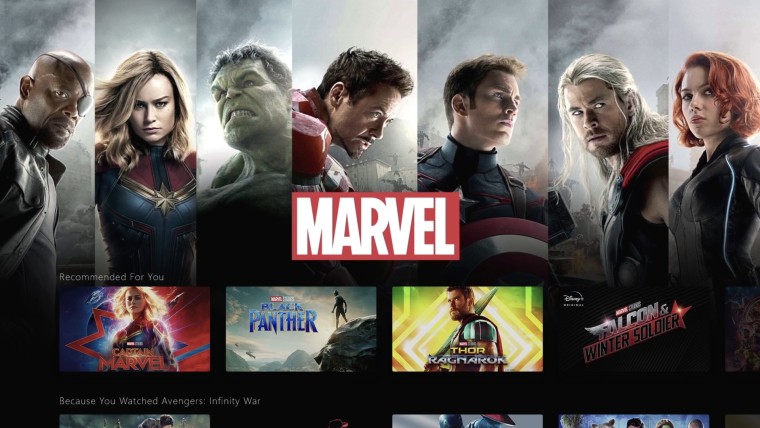 Walt Disney's upcoming streaming service, Disney+, has been in the works for quite some time now. The company first unveiled plans to create the service in August 2017, when Disney ended its deal with Netflix and decided to pull all its content from the platform by 2019. Subsequently, a year later, the planned service was christened Disney+ and it was announced that the service would go live in 2019 - just in time for its partnership with Netflix to come to an end.

In The Walt Disney Company's Investor Day 2019 webcast, it was revealed that the Disney+ streaming service will be priced at $6.99 per month or $69.99 per year. The service is scheduled to be launched in the American market on November 12, 2019, with plans to expand internationally. Disney aims to cover all major regions across the globe within the next two years. Along with content from Walt Disney Animation Studios, Disney+ will also feature content from many of the company's other subsidiaries, including Pixar, Marvel Studios, Lucasfilm, Fox and National Geographic, with dedicated pages for each brand on the app.

Disney+ will be available across multiple platforms, including mobile devices, gaming consoles, streaming media players and smart TVs. The application will automatically pick the best suited high-definition viewing experience for a subscriber, based on the available bandwidth, with support for up to 4K HDR video playback. Additionally, all content on the streaming service will be downloadable in order to enable offline viewing. 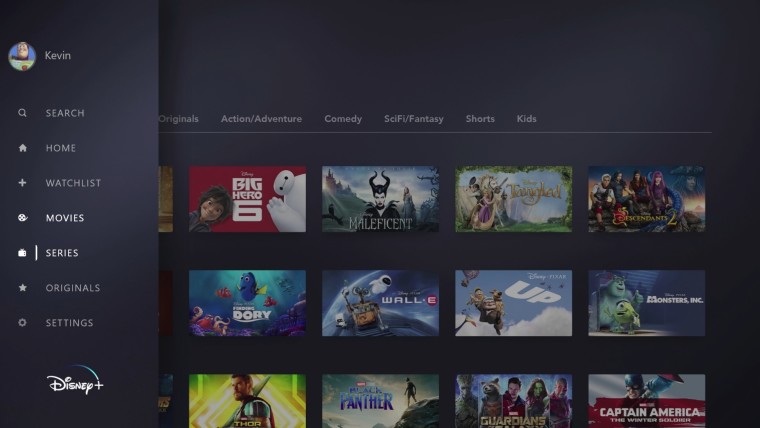 Content-wise, Disney has a broad range of movies and TV series planned. In its first year, it will release more than 25 original series and 10 original films, documentaries and specials, in addition to 7,500 television episodes and 500 films including blockbuster hits from 2019 and beyond. Subscribers will have access to all the Disney classics, as well as family-friendly Fox titles such as The Sound of Music, The Princess Bride and Malcolm in the Middle. All 30 seasons of The Simpsons will also be exclusively available on the platform.

Marvel Studios will contribute several live-action series to Disney+, including titles such as The Falcon and The Winter Soldier, WandaVision and Loki. The streaming platform will also have the first animated series from the studio, Marvel’s What If…? based on the comic book series of the same name. Other content to be released on Disney+ includes Disney's documentary series named Into the Unknown: Making Frozen 2, two projects from Pixar; Toy Story-based animated short series Forky Asks a Question the short film Lamp Life, The Phineas and Ferb Movie from Disney Television Animation, and two documentary series from National Geographic titled The World According to Jeff Goldblum and Magic of the Animal Kingdom.

Other original feature films and shows coming to Disney+ in the future include The Mandalorian, a live-action Star Wars series; an exclusive new season of Star Wars: The Clone Wars; High School Musical: The Musical: The Series; the untitled Cassian Andor series starring Diego Luna and Alan Tudyk; Monsters at Work, Diary of a Female President; and several live-action films such as Lady and the Tramp, Noelle, Togo, Timmy Failure and Stargirl.

Those interested in receiving future updates about the Disney+ service can visit DisneyPlus.com and sign up with their email to stay up to date.